Tusshar Kapoor: Want Ekta to settle down before me 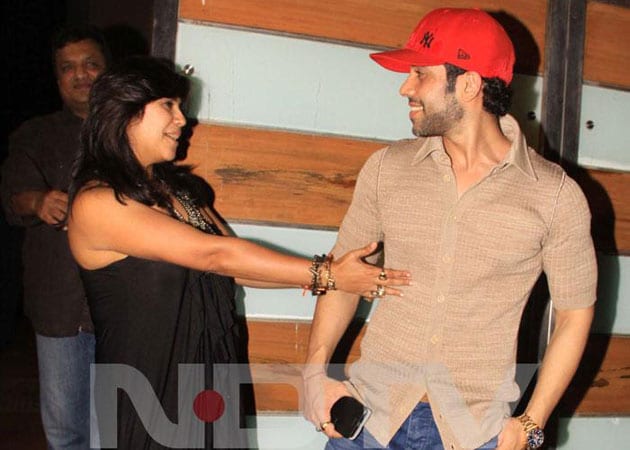 Tusshar Kapoor wants his sister Ekta Kapoor to marry before him and adds that there is no age limit for marriage nowadays.

Tusshar Kapoor wants his sister Ekta Kapoor to marry before him and adds that there is no age limit for marriage nowadays.
"I want Ekta to settle down before me. But it's not in our hands. Whatever is in our destiny that will happen. Whenever we find our life partners, things would have to change," Tusshar, seen in recently released Shoootout At Wadala, told IANS.
"However in today's date, there is no such age limit to get married. At the end of the day, what matters is just being happy," he added.
In the beginning, Tusshar was often compared to his successful sister, a well-known television show producer as well as filmmaker, but says it has stopped now.
"Comparisons are okay. When I entered the showbiz that time she was doing television and people started comparing. Now I think they have stopped comparing both of us. People have accepted us the way we are," the 36-year-old said.
Meanwhile, the actor is also enjoying the success of Shootout At Wadala, his sister's co-production venture.
"We promote the film so much... so much of effort has been put in for a film, so when the film does well, of course, it's time to cherish. We had a small get-together with the star-cast of the film. Ekta is not here, she's abroad for a course. I am happy the film is growing with word of mouth."
Directed by Sanjay Gupta, Shootout At Wadala also stars Anil Kapoor, Kangana Ranaut and John Abraham as gangster Manya Surve, who was gunned down by the Mumbai police in their first official encounter.