Tusshar Kapoor wants to be part of every Golmaal film 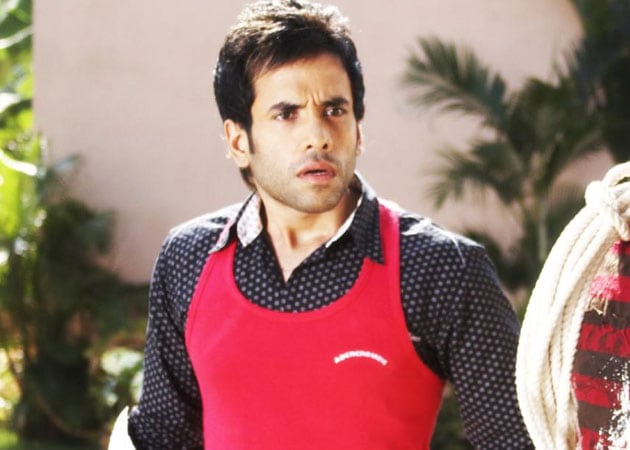 Tusshar has been playing the speech impaired character of 'Lucky' since 2006 in Rohit Shetty's hit comedy.

Actor Tusshar Kapoor, who has become an intrinsic part of the Golmaal series, hopes to be a part of every film in the hit franchise.

Actor Tusshar Kapoor, who has become an intrinsic part of the Golmaal series, hopes to be a part of every film in the hit franchise.
Tusshar has been playing the speech impaired character of 'Lucky' since 2006 in Rohit Shetty's hit comedy. He did an extension of the character in the sequel Golmaal Returns (2008) and later in Golmaal 3 (2010).
"Golmaal is one such series that people really liked. The film did well and so did my character. The entire Golmaal series has been successful. I am happy that I have been part of it since its inception. I hope I would be part of every Golmaal film that comes in the future," Tusshar told PTI.
Ask him if there are any plans of the fourth installment,the 36-year-old says, "There are plans for it. But I think Rohit Shetty will be the right person to talk about it."
The actor's next film is Sanjay Gupta's Shootout at Wadala, where he plays the role of a gangster called Sheikh Munir, who was one of the most trusted lieutenant's of Manya Surve, played by John Abraham.
"I think gangs have interesting stories and are an intrinsic part of Mumbai's history. This time I play Muslim gangster hailing from a Hindu gang from that era. I meet Manya in jail and introduce him to the world of crime," he said.
"I read the script several times to understand the character of Sheikh Munir. Besides I also visited Dongri, the place from where he is, to understand the way the people speak and behave," Tusshar added.
The actor is currently working on his next project with Shashank Shah tentatively titled Bajate Raho.
"It is a revenge-romantic-comedy film. I play a Delhi guy. I am paired opposite newcomer Vishaka," he said.
Meanwhile, Tusshar is quite excited about his TV debut with comedy show Nautanki - The Comedy Circus as a mentor along with actress Neha Dhupia.
"At the back of my mind I always had this thing that I want to do TV. This opportunity came and I felt it was best offer. I liked the concept and agreed to be part of it. I do watch comedy shows on TV. Apart from that I also see dance show Jhalak Dikhla Jaa," Tusshar said.
"Today TV has a wider reach. It is much bigger today. TV offers lots of things to viewers from family shows, reality shows and etc. It is an exciting time to be on small screen," he said.