Twinkle Khanna Had the Most Polite Argument on Twitter We've Seen

One particular Twitter user took offence at Twinkle's usage of the term 'tone deaf,' claiming it was 'offensive' towards those with hearing disabilities. Here's how she responded 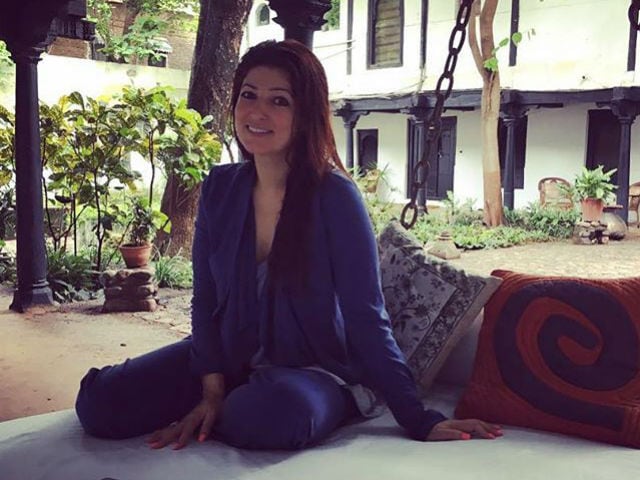 This image was posted on Instagram by Twinkle Khanna

The hilarious Twinkle Khanna is wrapping up a dream vacation in Cape Town with actor-husband Akshay Kumar, where she caught up on her reading. A fairly innocent tweet about one of the books she read resulted in a tweet argument - a very polite one.
Twinkle, who was reading Namita Devidayal's The Music Room, described herself as 'tone-deaf' in a tweet on November 2.


The Music Room-Even a tone deaf individual like me was enthralled with the majesty surrounding our ragas #NamitaDevidayal#mustreadpic.twitter.com/zcWSqMOfBW

One particular Twitter user took offence at Twinkle's usage of the term 'tone deaf,' claiming it was 'offensive' towards those with hearing disabilities. The actress-turned-author responded with the dictionary definition of the term (those of you unfamiliar with it, do take note) as well as a refusal to be drawn into battle:

@SubtleManiac had written a long answer back and then found it dreary-If I must argue then I have enough people at home to do it with:)

It appears that Twinkle had also quietly blocked her opponent, who rushed to make amends, although her second tweet indicates she still didn't get it:

@mrsfunnybones I always love what you write, and that's why engaged with you. Thought you will understand the concern I was raising. 1/2

@mrsfunnybones Taken aback that you blocked me! Perhaps this again proves that no one gives a shit about disability unless there's melodrama

@mrsfunnybones be that as may, I am still looking forward to read your witty and entertaining column :) #NoHate

Twinkle Khanna, however, had already moved on. Classy as she is, she ended things on a good note:


@SubtleManiac I love words-being politically correct is draining the magic and that is my concern:)anyway gate is open-best of luck

And completely ignored this response:

@mrsfunnybones sure, that's another perspective. Many advocates of this too- including Barack Obama. Good luck for your upcoming work!

Twinkle Khanna, 42, flies home from Cape Town today and will then begin prepping for the launch of her second book, The Legend Of Lakshmi Prasad.