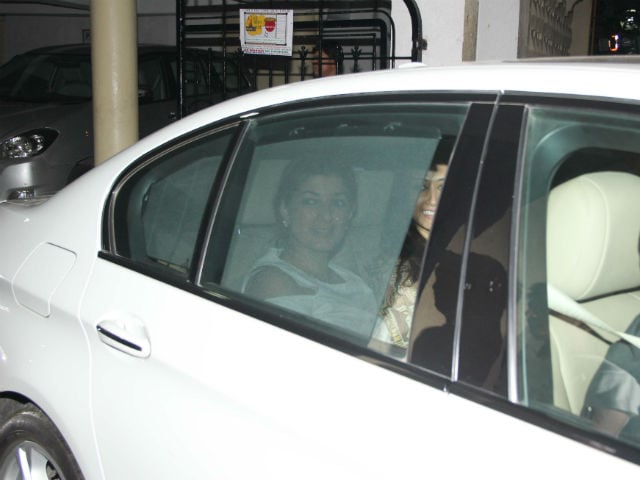 Twinkle Khanna arrives for the party

National Awards celebrations done. Twinkle Khanna is back in Mumbai and spent last evening with close friends Hrithik Roshan, his ex-wife Sussanne Khan, Sonali Bendre and Swades actress Gayatri Oberoi. All these celebrities were spotted partying at a common friend's residence. Twinkle, 43, kept it simple in white while Sussanne chose to wear a spaghetti top with long denim skirt. Hrithik as always looked dapper in a blue shirt and cargo pants. Twinkle Khanna managed to be in the spotlight earlier this week, when her husband, actor Akshay Kumar received Best Actor National Award for his performance in Rustom. The actress-turned-author looked stunning in a sari and paired her look in a beautiful kundan earrings.
Here are some pictures from last night's party. 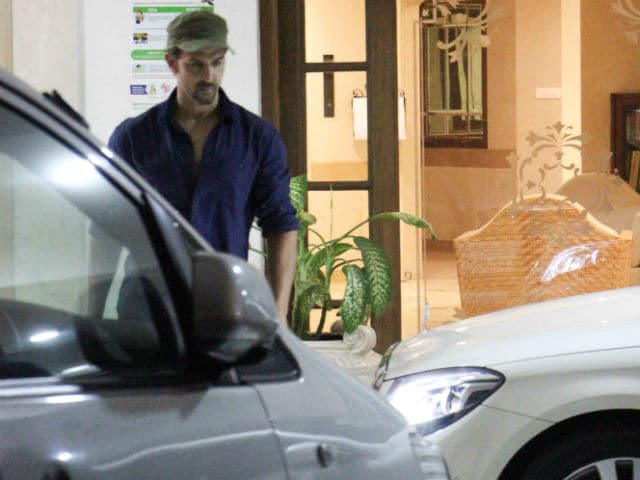 Hrithik Roshan at the party 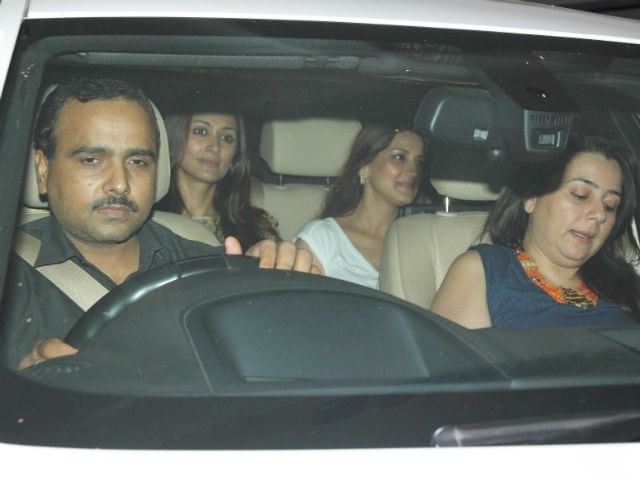 Sonali Bendre and Gayatri Oberoi photographed in the car 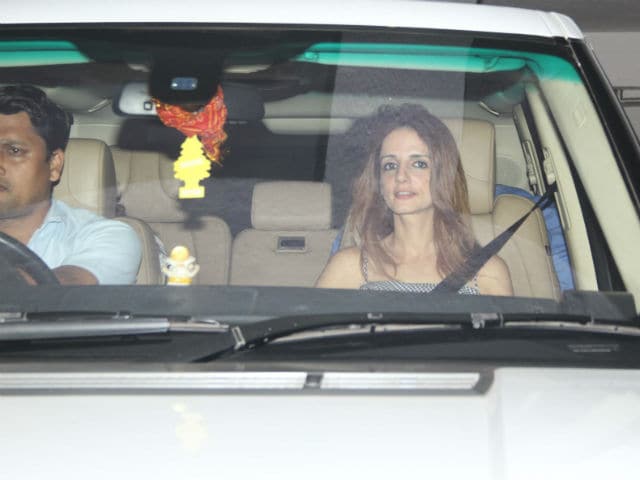 Sussanne Khan smiles for the cameras

We wonder whether Twinkle's friends know about her latest wish. Didn't get us? We'll explain. Twinkle has lately wished that her friends were like a sari, "non-judgemental, accommodating and forgiving nature."
Here's her tweet:


A sari is non-judgemental, accommodating and forgiving in nature- I wish we had more friends like that as well:) #SariStorypic.twitter.com/Hui8GiXpAx

Meanwhile, Hrithik Roshan and Sussanne Khan, who are now divorced, celebrated their younger son Hridhaan's birthday last week. Both of them have remained best friends after their separation and are often spotted together at parties, dinners and holiday. The Roshans along with Sussanne's family celebrated New Years in Dubai.
Last seen in Kaabil, opposite Yami Gautam, Hrithik is expected to start filming Krrish 4 soon. Kaabil, produced by his father Rakesh Roshan, released along with Shah Rukh Khan's Raees in January. Despite an impressive star cast, Kaabil did not fare well at the box office. However, Hrithik's performance was critically-acclaimed.