Twinkle Khanna on Censorship: Save Strength to Protest Against Things That Matter 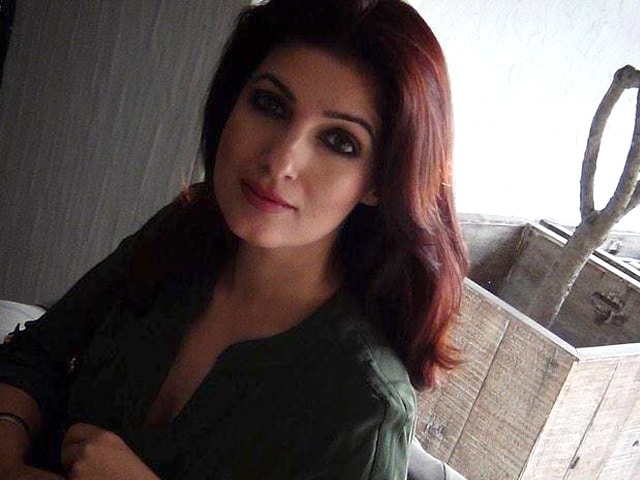 This image was posted on Twitter by Twinkle Khanna

Twinkle's piece has been welcomed by celebrities like Sonakshi Sinha, Priyanka Chopra and Parineeti Chopra

Former actress Twinkle Khanna writes about the freedom of choice and 'choosing which battles are worth fighting' in a newspaper column in which she addresses censorship, particularly the controversies over the AIB Roast and the bleeping of the word 'Bombay' from a song.
In a column for Times of India, Twinkle writes: "Shouldn't we save our strength to protest against things that really matter - like gangs of men still killing and raping women as they did again in Rohtak; that we spend $38.35 billion on warfare but are slashing our health care budget by 20% despite being a country whose public spending on health is already among the lowest in the world; that a bunch of us have been called 'haramzade' on a political platform from a member of the party that governs us and not from a standup comedian but no FIR is filed against the politician but is filed against the AIB comedians instead." (Also Read: AIB Roast Wasn't Funny, It was Violent, Says Aamir Khan)
The Roast has been the centre of a storm of controversy ever since an edited three-part version of the live show was released on YouTube last month. Many laughed at the jokes, others didn't and accused the Roast of going too far. It was taken offline a week after release with the Maharashtra government announcing that it would investigate the show for obscene language and content. The comedy collective AIB, actors Ranveer Singh, Arjun Kapoor, Deepika Padukone and Alia Bhatt, and director Karan Johar have been booked for criminal conspiracy after being named in an FIR. (Also Read: After Aamir Khan's AIB Roast Putdown, Anurag Kashyap Reminds us of Delhi Belly)
Actor Aamir Khan has been called out by filmmaker Anurag Kashyap and comedian Russell Peters, among others, for branding the Roast 'violent.'
Twinkle Khanna's piece, on the other hand, has been welcomed by several celebrities on Twitter. Sonakshi Sinha, who was in the audience at the Roast, wrote 'STANDING OVATION.' Priyanka Chopra wrote 'Such imperative questions' and her cousin Parineeti Chopra said 'This is what needs to #BreakTheInternet!! SALUTE! (Also Read: Mahesh Bhatt Thanks Sonakshi Sinha For 'Sane Response' to AIB Roast FIR)
Twinkle, who is married to actor Akshay Kumar and has two children with him, quit Bollywood after 2001 film Love Ke Liye Kuchh Bhi Karega and has re-invented herself as an interior designer and now a writer. Her tweets, sent from a handle called MrsFunnyBones, are immensely popular as are her columns and she has recently snagged a book deal.
Her actor husband recently told news agency IANS: "She was once known as 'Mrs Kumar', but in all honesty, she rocks as 'Mrs Funny Bones' even more."