Twinkle is sharing glimpses of her vacation in Paris with jealous worthy Instagram posts. The hilarious hashtags in Twinkle's posts reveal that she is catching up with her designer friend Bindy in Paris all alone 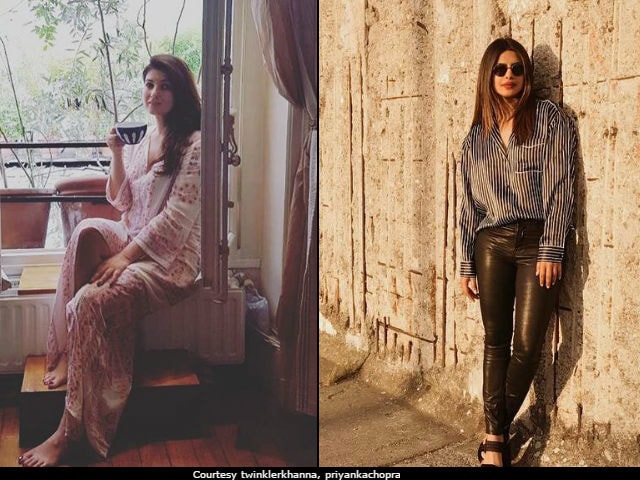 Travel mode is on for Twinkle Khanna, Priyanka Chopra and Ranveer Singh, who are currently far, far away from home and are on three different spots on the map. Actress-turned-author Twinkle is living the Parisian life in style while Priyanka Chopra is in Berlin for work. Twinkle is sharing glimpses of her vacation in Paris with jealous worthy Instagram posts. The hilarious hashtags in Twinkle's posts reveal that she is catching up with her designer friend Bindy in Paris all alone, that is, she is holidaying minus her children Nitara and Aarav. Twinkle is married to actor Akshay Kumar, who is perhaps busy shooting for Padman with Sonam Kapoor, Twinkle's first film as a producer.
"We first came to Paris in 2002 and now 15 years and 35 holidays later here we are again," wrote Twinkle of her reunion with an old friend. "Off to eat macaroons in the land of macaroon," is how she kick started her itinerary.

Here's a glimpse of her spectacular homestay in Paris.

Meanwhile, Priyanka Chopra's Baywatch seems to have taken her to Berlin. She is keeping her fans and followers posted with postcard-like pictures on Instagram. Her Hollywood debut released in the US on May 26 and has had a poor show at the box office. Priyanka's film is scheduled to arrive in India on June 2.

The silence of lost history... #berlin

Ranveer, who is in London, will also attend the India-Pakistan Champions Trophy match in Birmingham on June 4. Ranveer took a break from Padmavati after he recently suffered a head injury on the sets of the film. This is how Ranveer Singh's vacation roster looks like.

Watch this space for more from such vacation diaries. Meanwhile, bon boyage!