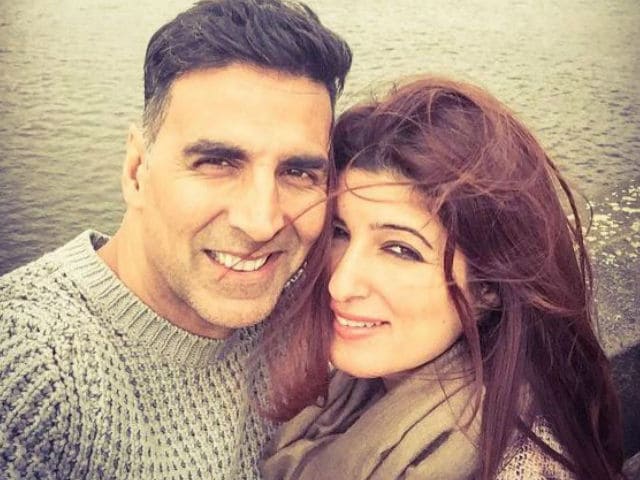 This image was posted on Instagram by Akshay Kumar

Akshay Kumar toasted his #OneAndOnly on Friendship Day and received a one-liner in return. 'You are the star that makes me rock,' he tweeted to wife Twinkle Khanna on Sunday, which was Friendship Day. Twinkle tweeted back in the tongue-in-cheek manner that Twitter has come to expect and Akshay is likely used to.
She's not called Mrs Funnybones for nothing:


When we both have a really bad hair day:) #bestfriends#aboutlastnighthttps://t.co/JH5qde1bJg

While on the subject, was Akshay perhaps mildly trolling Twinkle with the 'star' thing? He wouldn't be the first in the family:


Getting trolled by the baby about my name-'Twinkle Twinkle If you are a little star why don't you live in the sky' Good grief !

Life with the Kumars (technically that's the Bhatias) is never dull, one imagines.
Akshay Kumar, 48, and Twinkle Khanna, 42, have been married since 2001 and are parents to a son and daughter. Akshay stars in this Friday's Rustom.