"I am a fairly assertive woman, and married to a man who onscreen punches holes in walls with his bare fists and yet I haven't been spared, so I shudder to think about what happens to the vast majority of working women," said Twinkle Khanna 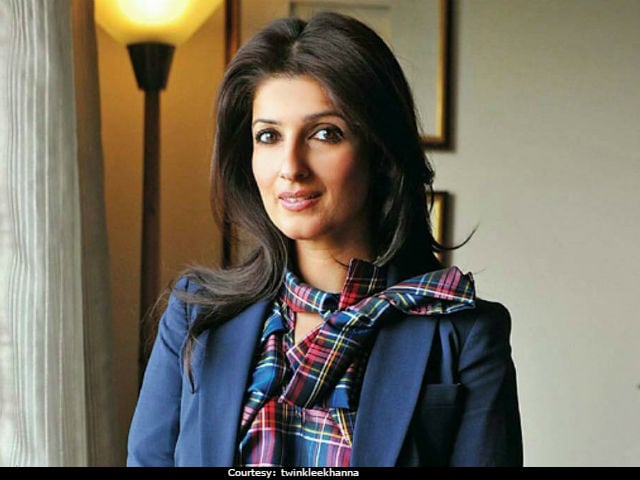 Twinkle Khanna is the author of Mrs Funnybones (courtesy: twinkleekhanna)

Author Twinkle Khanna's column on harassment in the workplace, citing the examples of Tehelka owner Tarun Tejpal and The Viral Fever boss Arunabh Kumar and written in her customary satirical style, is going viral. Twinkle, 42, writes of 'loathsome frogs' in her column for Times Of India. "A few days ago another big frog was added to the list and came in for some virtual dissection - The Viral Fever CEO Arunabh Kumar who is now making people's temperatures rise in a way he probably never expected," reads Ms Khanna's piece. Arunabh Kumar, accused of sexually harassing a former employee, has offered the defence that as a heterosexual male he is entitled to tell a woman she is 'sexy.' Of this, Twinkle Khanna writes, "By calling a woman 'sexy' in a working environment, you are undermining everything she has worked for, the stereotypes she has had to break, the pride she takes in her abilities, and the inevitable guilt that she feels about not being home with her children, just to be there in that office, trying to make her place in the world." Twinkle's latest column has been applauded on Twitter, with her husband Akshay Kumar writing: "A relevant piece where Mrs Funnybones' punches are harder than mine!"


A relevant piece where @mrsfunnybones' punches are harder than mine! What do you think ? https://t.co/tMS8UNjYro

A great take on sexual harassment @ work place by @mrsfunnyboneshttps://t.co/OhHAIDbE9l

Twinkle writes that despite being 'assertive' and 'married to a man who on screen punches holes in walls with his bare fists,' she has also been harassed by a client. "Have any frogs tried to catch me between their webbed feet? Unfortunately, the answer is yes. A few years ago, a message on my phone reduced me to tears in the car. I had reached breaking point after months of suggestive messages from a wealthy, powerful client that I had been pretending not to understand because all I wanted to do was to complete the project in a professional manner," Twinkle Khanna writes. The former actress quit films to run an interior design business. She is now a writer.
For any gents unsure of what constitutes inappropriate behaviour in the workplace, Twinkle Khanna lists ground rules. "Do not stalk her, touch her, send her lewd messages and emails," she writes in her column Times Of India, "As far as compliments go, try telling her about her great presentation skills, her way with numbers, her astute negotiations. 'Sexy' is an acceptable compliment within a work environment only if she is a stripper and you are her pimp trying to boost her confidence before she takes the stage."
So remember, potential frogs, there is a time and place for when to tell a woman 'she's sexy.' "Telling a woman she is sexy in the bedroom is fine, telling her the same thing in the boardroom simply deplorable. So think before you croak or it may just be your turn to be doused in formaldehyde and dissected next," Twinkle Khanna concludes.
Arunabh Kumar, the CEO of online entertainment platform The Viral Fever, has recently been accused of harassment by a former employee who refused to reveal her identity. Her detailed account was followed by two other women speaking up about alleged harassment by Mr Kumar.
Twinkle Khanna, the author of books like Mrs Funnybones and The Legend of Lakshmi Prasad, is now producing a film titled Padman and starring Akshay Kumar.