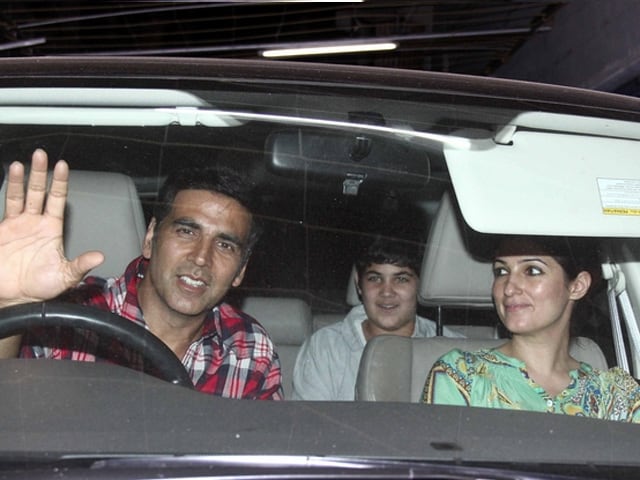 Twinkle, who calls herself "Mrs Funnybones" on Twitter, is famous for her humour.

Twinkle shared a funny anecdote on Twitter, where her son told Akshay that he "Can't take this anymore"

Actor Akshay Kumar's known to for his ready wit as is his missus, actress-turned-entrepreneur Twinkle Khanna. Their 12-year-old son Aarav, however, isn't laughing at mommy's jokes. In fact, he 'can't take it anymore.'

Twinkle, who goes by the handle 'mrsfunnybones' on Twitter, told her fans last night that her brand of humour had Aarav complaining to his father.

Son:'why is the Wifi not working?' Me:'mansukh bhai the internet guy has been assasinated by school moms' Son'Daad!can't take this anymore'

It might be cold comfort but Aarav can take heart in the fact that his quip-a-minute mother is also having a 'can't take this anymore' moment on Twitter - or rather, a series of them. No matter what she tweets about, it seems people only want to talk about Akshay's new film Baby, which releases tomorrow.

I tweet 'God has spoken to me through my television and said blah blah'. Get reply 'Mam tell date of baby release' #Baby

I tweet 'humans will be broken down to atomic level for teleportation through blah blah blah' Get reply:'ok waiting for baby' #Baby

And finally she gave up:

So I give up and finally am tweeting 'Baby this Friday and it's fab-loved it!' Mr K hits it out of the field :) #Baby

Twinkle Khanna married Akshay Kumar in 2001. Their son Aarav is now 12 and their daughter Nitara was born in 2012.