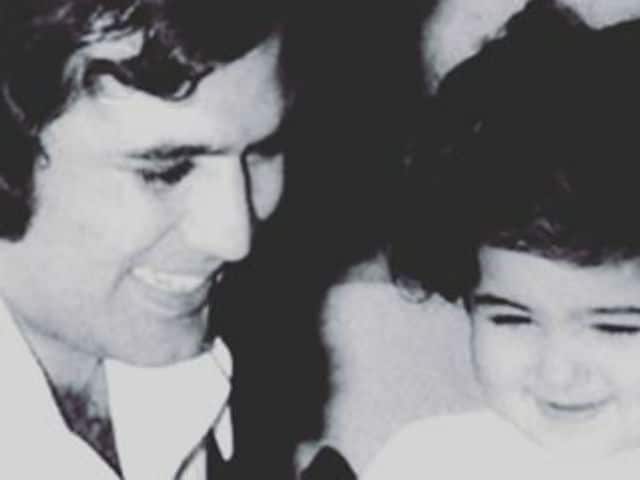 Actor-turned-author Twinkle Khanna, now 43, who shares her birthday with late father and Bollywood's first 'superstar' Rajesh Khanna, celebrated the day by sharing an old photo of them together. Mr Khanna, would have been 74 this year. The superstar, who made his debut in the year 1966 with Aakhri Khat died of cancer in July 2012. He also starred in hit films like Aradhana, Anand, Kati Patang and Safar. Mr Khanna married actress Dimple Kapadia in the year 1973. However, they later separated but never divorced. Twinkle is the couple's eldest daughter and is married to actor Akshay Kumar. She quit Bollywood after marriage to become an interior designer. She is also the author of Mrs Funnybones and The Legend of Lakshmi Prasad.
Here's what Twinkle posted about Mr Khanna:


I see you-in my reflection off the back of a gleaming spoon, in a gesture my sister makes , in the arch of my son's eyebrows- I still see you.. #happybirthdaytous

Twinkle is currently enjoying her vacation with Akshay and children Aarav and Nitara in Cape Town. Akshay will be seen next in Jolly LLB 2.


Winter in paradise - 34 holidays matching wits with the bestie and we now seem to be matching clothes as well :) #capetown

In his entire career, Mr Khanna featured in more than 160 films and has received the Filmfare Best Actor Award three times. He has played the lead in 74 films. He has also been awarded Padma Bhushan posthumously and in 2013. Mr Khanna was officially given the title of 'The First Superstar' of Indian cinema title at Dadasaheb Phalke Academy Awards.
Have a look at some more pictures of the superstar shared by Twinkle.