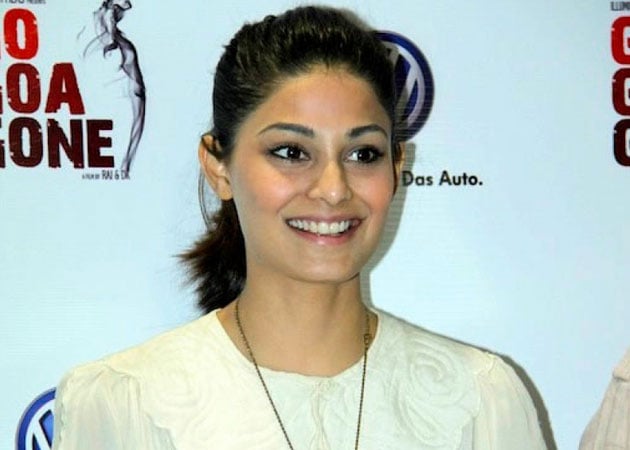 Go Goa Gone is a zombie comedy and Puja Gupta says the new genre and unusual script inspired her to accept the offer.

Go Goa Gone is a zombie comedy and Puja Gupta says the new genre and unusual script inspired her to accept the offer.
Her character has a lot of action stunts in the movie, which has been co-directed by Krishna DK and Raj Nidimoru.
"The unusual script attracted me to the film. This is the first time they are doing a zombie comedy. I fit the role too. They wanted someone who was young and could fit into an action role," she told IANS in an interview.
"There was a proper stunt team who was flown from South Africa and we were trained properly. I didn't know how to be in a harness and jump down from trees. The stunt team was very nice," she added. Puja's co-star in the film are National Award winning actor Saif Ali Khan, who is also producing the movie. Kunal Khemu, Vir Das and Anand Tiwari also feature in it.
Her character is tomboyish, yet stylish. "She is very simple and is like one of the boys, but at the same time she is also very stylish. She gets to hold guns and all," said.
Praising her co-stars, she said that Saif is "sweet" and has "worked so hard". "He (Saif) has no attitude and is humble... very respectful. He would share his experiences and I ended up learning a lot. Initially, I would be even scared to stand under one umbrella with him. I am too young and junior in front of him, so I would be apprehensive," she Puja.
She described Kunal as a "good actor" and added Vir and Anand Tiwari are her seniors and she "observed them" and "learned" a lot.
"Plus the script was funny, so it (comedy) came naturally to me," she added. After being part of F.A.L.T.U and upcoming film Shortcut Romeo, Puja enjoyed working in Go Goa Gone, which is up for a May 10 release. "It's a zombie comedy so there was a lot of fun on the set. It was scary too when we saw the zombies for the first time," she said.