"Why not nominate me as best actor for Sultan if you cud nominate my dearest Salman for best choreographer Jag Ghoomeya," tweeted Vaibhavi Merchant 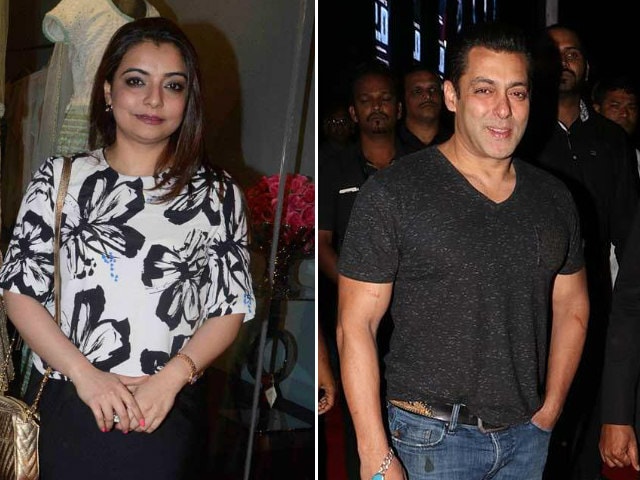 Celebrated choreographer Vaibhavi Merchant has taken a dig at a particular list of award nominations - which appears to be Filmfare's because Vaibhavi has tagged the magazine in her tweet. Vaibhavi has made her disbelief apparent over the fact the Salman Khan was nominated in the best choreographer category. She expressed her disapproval in the tweet, in which she sarcastically mentioned that even she deserved a Best Actor nomination if Salman can be nominated in the Best Choreographer category. "Why not nominate me as best actor for Sultan," Vaibhavi wrote in her tweet." Ahead of Sultan's release, it was reported that Salman Khan suggested the signature move of Jag Ghoomeya from Sultan. The credit for choreographing the rest of the song goes to Vaibhavi. Salman Khan's Sultan also stars Anushka Sharma and released in July 2015.
The 62nd edition of the Filmfare Awards was held in Mumbai on January 16, two days after Vaibhavi tweeted about the nominations.


Why not nominate me as best actor for Sultan if you cud nominate my dearest Salman for best choreographer Jag ghumeya..@filmfarepic.twitter.com/K4BtwqxbOH

Both Aamir Khan and Salman Khan were nominated for their respective wrestling films - Dangal and Sultan for the Filmfare awards. Dangal, which is based on the true story of Haryanvi wrestler Mahavir Singh Phogat, fetched the Best Actor award for Aamir. Sultan was also left behind when Dangal went on to win Best Film.
Earlier this month, one-film old Harshvardhan Kapoor tweeted his displeasure after losing the Filmfare Best Male Debut award to Punjabi star Diljit Dosanjh. Harshvardhan is Anil Kapoor's son and made his debut with Rakeysh Omprakash Mehra's Mirzya whereas Diljit was part of hit drug drama Udta Punjab. Harshvardhan was accused of acting entitled in a tweet by Filmfare editor Anuradha Tiwari. The Mirzya actor responded with a series of tweets, in which he asked Ms Tiwari to take his name.
Meanwhile, there was massive outrage on Twitter for not including Rustom star Akshay Kumar when the Filmfare nominations were announced in January. While Aamir Khan and his film was nominated, many complained about the omission of Dangal's supporting cast, comprising Fatima Sana Shaikh, Sanya Malhotra and Sakshi Tanwar.
Ahead of the release of Sultan, Salman Khan was the centre of another controversy, when he compared his experience of filming for Sultan to that of a 'raped woman.' The Sultan star has not apologised for his remarks so far. Salman will next be seen in Kabir Khan's war-drama Tubelight.