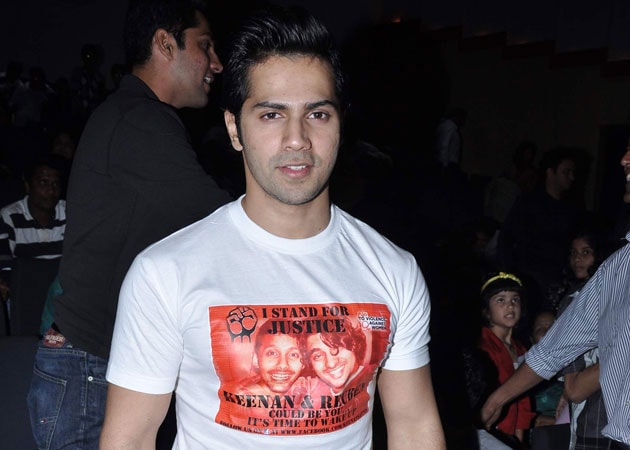 Varun Dhawan will be seen next in Main Tera Hero

Actor Varun Dhawan, who will be seen in comedy Main Tera Hero, directed by his father David Dhawan, says that certain action sequences in the movie require flexibility.

Actor Varun Dhawan, who will be seen in comedy Main Tera Hero, directed by his father David Dhawan, says that certain action sequences in the movie require flexibility.
"As far as physique is concerned, you have to be active. You can't let it go for such a movie. A lot of flexibility is required in this film. All the stunts and action scenes in the film will be comical, but for that one needs to be very agile," Varun said.
"I have concentrated more on my flexibility in this film," added the young actor.
Produced by Ekta Kapoor, Main Tera Hero also features Ileana D'Cruz and Nargis Fakhri.
Varun is focussed about his work, and says even comedy requires some alertness.
"It is good as it is comedy, but we have to remain alert and bright. We get time to do masti (fun), but that we have to (also) do in scenes," Varun said.
Any pressures about working under your father's direction?
"I am not looking at it that way. It is just a film for me. This movie went on floors after one year (after Student Of The Year), so till then huge preparation had been done and all the pressure I had that - 'Oh God I have to work with my dad!'...I think I got over that till the time the film started," he said.
"He had even scolded me two to three times and then I realised he is the director and I am an actor. So I have to perform, otherwise he will not be happy," he added.