Varun Dhawan And Arjun Kapoor's Bromance Is All Over Twitter 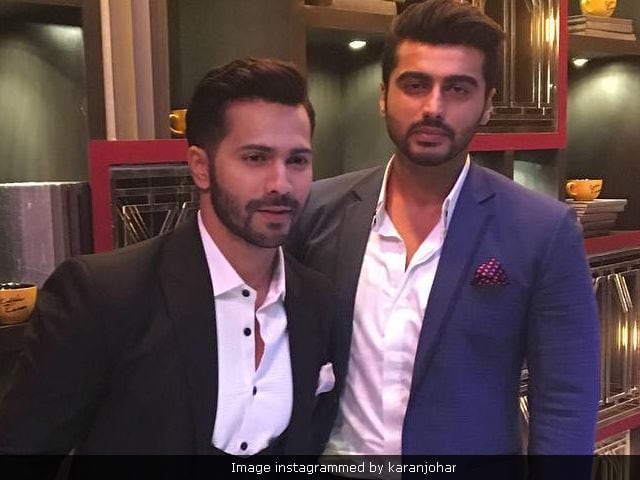 Actor Varun Dhawan walked the ramp for designer Kunal Rawal with his colleague Arjun Kapoor on Wednesday. Varun, who will be next seen in Karan Johar's Badrinath Ki Dulhania tweeted that Arjun "got pissed I picked him up but then" (he walked the ramp with him). Varun, who changed his Twitter moniker to 'VarunBadrinathdhawan,' shared a picture from the event and well, the trio looked happy. Arjun and Varun were a part of Kunal Rawal's 'The Race of Separates' presentation at the Lakme Fashion Week which started on February 1. Meanwhile, Arjun and Varun recently appeared on Karan Johar's chat show Koffee With Karan recently.
Here's what Varun tweeted:


Friends. Walking for my friend @kunalrawalvibe with my friend @arjunk26. Who got pissed I picked him up but then pic.twitter.com/sMtlM7MOzr

Arjun shared Varun's post and added: "How can anyone stay angry with Badri??? Walking like a baausss badristyle!!! (sic)."