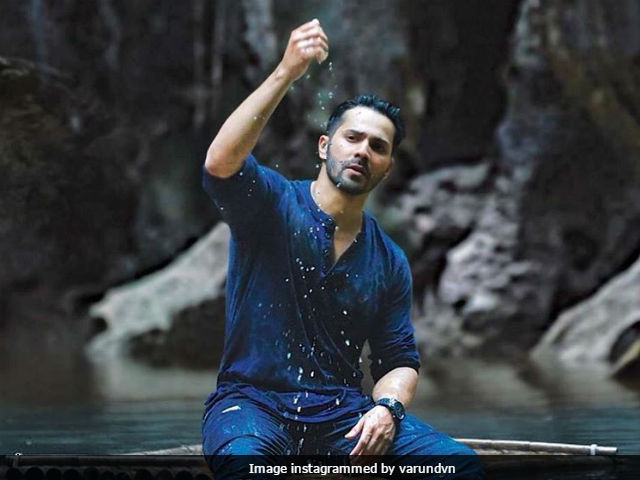 Varun Dhawan is celebrating his 30th birthday today and wishes are pouring in from his fans and colleagues. Varun Dhawan, who is currently busy shooting for his upcoming film Judwaa 2 in London, received a special birthday wish from Sonakshi Sinha. The 29-year-old actress not only wished the Dilwale actor but also his 'twin' in a post on Twitter. "Hippity Happity birthday @Varun_dvn ! Wish ur judwaa bhai from me too(sic)," wrote Sonakshi Sinha. Today, the Dishoom actor had shared a picture on social media featuring both his characters from Judwaa 2. He wrote: "Till today I didn't know there where two of us #rajaandprem(sic)."
See Sonakshi Sinha and Varun Dhawan's posts below:


Hippity Happity birthday @Varun_dvn ! Wish ur judwaa bhai from me too

Till today I didn't know there where two of us #rajaandprem

Arjun Kapoor, Varun Dhawan's close friend, also shared a heartwarming collage with the Main Tera Hero actor on social media wishing him on his special day. He wrote: "Happy birthday to my brother from another mother !!!"


Happy birthday @Varun_dvn .... big love to you and bless you always!!! Have a super year.... pic.twitter.com/BPARQBVvaO

The man who has incredible engegy on screen & off screen. @Varun_dvn .. Happy Birthday my friend pic.twitter.com/TVA0GxewYJ

Happy B'day @Varun_dvn! Keep killing it broski..proud of all your success & btw our song is still pending, so that can be my return gift

Judwaa 2, which is a sequel to 1997 hit film Judwaa starring Salman Khan and Karisma Kapoor, also features Jacqueline Fernandez and Taapsee Pannu. The film, directed by David Dhawan, is scheduled to release in theatres on September 29.
Varun Dhawan made his Bollywood debut with 2012 movie Student Of The Year, co-starring Alia Bhatt and Sidharth Malhotra. He was last seen in Shashank Khaitan's Badrinath Ki Dulhania. The film, produced by Karan Johar, also starred Alia Bhatt. Badrinath Ki Dulhania has earned over Rs 200 crore at the box office.