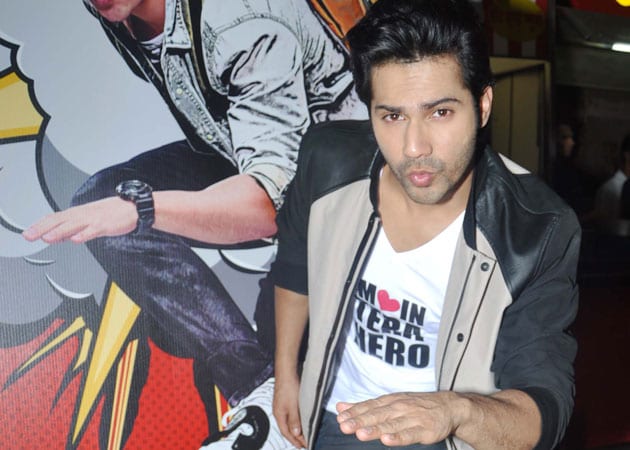 Young actor Varun Dhawan, who made his Bollywood debut with Alia Bhatt and Sidharth Malhotra in Student Of the Year, says the trio has discussed competition but he believes their camaraderie goes beyond it.

Young actor Varun Dhawan, who made his Bollywood debut with Alia Bhatt and Sidharth Malhotra in Student Of the Year, says the trio has discussed competition but he believes their camaraderie goes beyond it.
"We (Alia Bhatt, Sidharth Malhotra and I) have discussed competition, we do discuss these things but I think when you do your first film with someone, you form a bond and it's like (they are) family," Varun said here at the launch of the trailer of his second film Main Tera Hero.
"You are just bonded for life. So you overlook that (competition) thing. I just have lot of love in my heart for both of them," he added.
In fact, he says that Alia and Sidharth "were more nervous for me than I am right now (for my film Main Tera Hero)".
"That's how the relationship is," added the son of filmmaker David Dhawan.
Karan Johar's directorial, Student Of The Year, released in 2012. It turned out to be a hit and set Alia, Sidharth and Varun's career on roll in the Hindi film industry.
Varun is awaiting the release of Main Tera Hero, while Alia is waiting for Highway to hit the screens and Sidharth is looking forward to Hasee Toh Phasee.
Varun has showered praises on the trailers of both the films and he has even urged the audience to go and watch them.
"Sid (Sidharth Malhotra) and Alia's films are releasing in the same month (February) and mine (releases) in April. I have loved the promo of Hasee Toh Phasee and Highway and you all must go and watch the films," the 26-year-old said.
While Hasee Toh Phasee will hit the theatres on February 7, Highway starring Alia Bhatt and Randeep Hooda, will release on February 21.
Meanwhile, Varun's Main Tera Hero, directed by his father, is slated to release on April 4. It also features Ileana D'Cruz and Nargis Fakhri as the female leads.