Varun Dhawan: Not Ready For an Intense Film Like Ek Villain 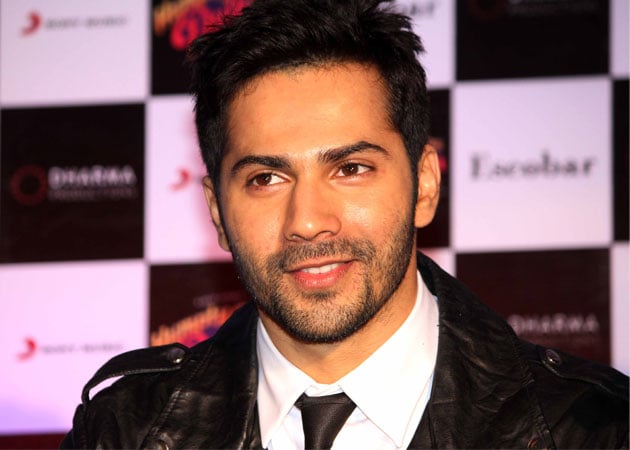 After Humpty Sharma Ki Dulhania, which releases on Friday, Varun will be seen in Sriram Raghavan's Badlapur.

Actor Varun Dhawan, who followed up the success of his debut film Student Of The Year (SOTY) with the comedy Main Tera Hero and will now be seen in a romantic film Humpty Sharma Ki Dulhania, says that he feels he's not ready to do an intense film like Ek Villain.
Ek Villain, which released recently, stars Varun's SOTY co-star Sidharth Malhotra. Varun has kept away from such a role as he believes his face doesn't suit the character and he needs to get mature for such roles. (Also read: I Don't Want to Cheat My Audience: Varun Dhawan)
Asked if he would have been able to pull off a role in a movie like EK Villain, Varun said, "Maybe yes! If I would have got it, I would have pulled it off. But I don't want to do something like that at the moment because my face doesn't suit it.
"I need to (look more) mature. When I am ready to do something like that, then people should feel, 'He is ready'."
Varun, 27, also pointed out how actors like Sidharth Malhotra, Arjun Kapoor and Ranveer Singh, are all older to him age-wise.
"I am the youngest (among) all of them," he said.
After Humpty Sharma Ki Dulhania, which releases on Friday, Varun will be seen in Sriram Raghavan's Badlapur.
Talking about the thriller, the actor said, "It's an out-and-out thriller and a little twisted, not commercial masala. My look is different and the film is different. We have shot the first half." (Also read: Alia Bhatt and I Have 'Love and Hate' Relationship as Friends: Varun Dhawan)
"We are shooting in very unknown areas so that nobody gets to see the looks and nothing about the film (is revealed)," he added.