Varun Dhawan Says His 'Dulhania,' Alia Bhatt Will Be A Good Bahu

Badrinath Ki Dulhania: Varun Dhawan said that he is sure Alia Bhatt will be a good daughter-in-law, but can't say about her as a wife 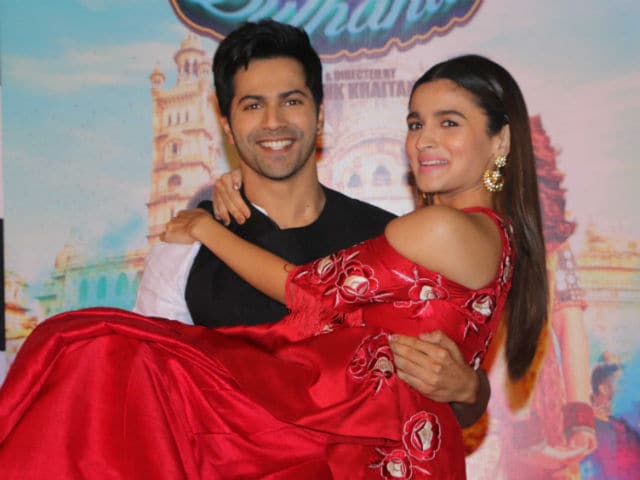 Actor Varun Dhawan, who his prepping for the release of his upcoming film Badrinath Ki Dulhania feels his co-star Alia Bhatt will be a good daughter-in-law, reports news agency PTI. Speaking at the trailer launch of the film, the 29-year-old actor said, "I think Alia will be a good daughter-in-law as she is good with parents and will manage the whole family." Further, Alia asked him whether she would be a good wife, to which Varun replied, "I can't say." Alia and Varun debuted in 2012 with Karan Johar's Student Of The Year co-starring Sidharth Malhotra. The upcoming rom-com Badrinath Ki Dulhania is a sequel to their 2014 film Humpty Sharma Ki Dulhania.
In Badrinath Ki Dulhania, Varun plays Badrinath Bansal aka Badri while Alia features as Vaidehi Trivedi, Badri's dulhania. The film's trailer was released on Thursday and it received huge appreciation on Twitter.
See the trailer of Badrinath Ki Dulhania here:

Alia, 23, who was last seen in Dear Zindagi has played the role of a bride twice on screen in 2 States and Humpty Sharma Ki Dulhania and she said enjoys playing the character. "This is third time I am playing dulhania on screen. I think dulhania is going with my spirit that's me. Alia equals to dulhania," said Alia to PTI.
Directed by Shashank Khaitan, Badrinath Ki Dulhania also stars Gauhar Khan, Mohit Marwah, Shweta Basu Prasad, Girish Karnad and Anupama Kumar. It is produced by Karan Johar and will hit the screens on March 10.
Apart from Badrinath Ki Dulhania, Varun will be seen in Judwaa 2 along with Jacqueline Fernandez and Taapsee Pannu. The shooting for the film began on Wednesday.
(With PTI inputs)