Varun Dhawan says his father David Dhawan is a taskmaster 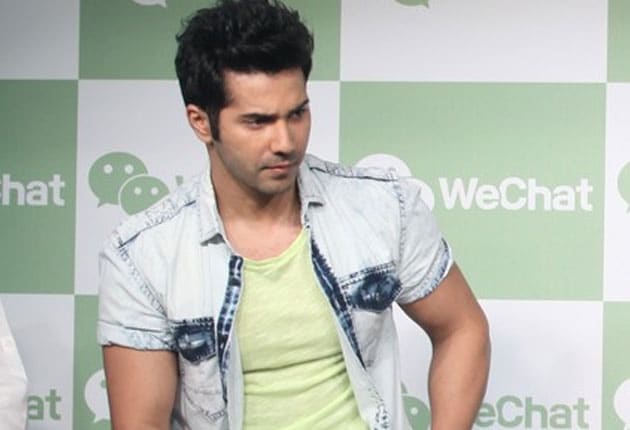 Actor Varun Dhawan, who is working in his father David Dhawan's next directorial venture, says the latter is a taskmaster.

Actor Varun Dhawan, who is working in his father David Dhawan's next directorial venture, says the latter is a taskmaster.
TV-film producer Ekta Kapoor has brought father-son duo David and Varun together for a new project - the Hindi remake of Telugu hit Kandireega.
"It is kind of a family time. But dad is a task master he forgets I am his son. All I can say is the film is a total entertainer and I am hopeful audience will like it," Varun told PTI here today.(Read: Saif Ali Khan to rope in Varun Dhawan for his next home production? )
Varun has already started preparing for this film. For the action sequences, he is learning mixed martial arts.
"I am not playing a musician, I am someone who has musical traits. There will be some action in it. And I haven't done anything like that before. I am looking forward to it. I am taking mixed martial arts training for it. I am focusing and giving my best," he said.
Varun made a successful debut with Karan Johar's Student Of The Year along with Siddharth Malhotra and Alia Bhatt last year.
"One has to always do better work than their previous film. It is essential to do something new every time. I think everyone here motivates the other person in the industry. I do get motivated seeing Parineeti Chopra," he said.