Varun Dhawan Teams Up With Shoojit Sircar For His Next Venture

Varun Dhawan, who is awaiting the release of his film Badrinath Ki Dulhania said that he always wished to work with filmmaker Shoojit Sircar 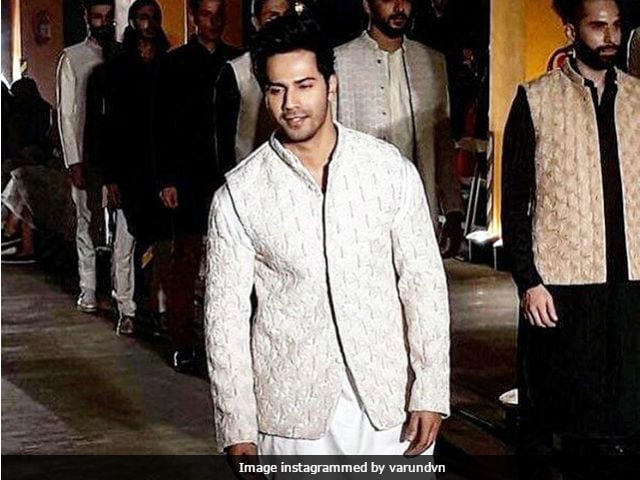 Varun next film Judwaa 2 is slated to release in September(Image courtesy: varundvn)

Varun Dhawan, whose film Badrinath Ki Dulhania is set to release in theatres on Friday, told news agency IANS that he is looking forward to his next venture Judwaa 2. The film, which is being directed by his father, David Dhawan, also features Taapsee Pannu and Jacqueline Fernandez in lead roles. The 29-year-old actor also confirmed that he would be collaborating with Shoojit Sircar for his next project. The Main Tera Hero actor said: "I am excited about Judwaa 2. I wanted to work with Shoojit Sircar after watching Vicky Donor and Piku. Finally, it is happening. I like his narration and the shoot will start after Judwaa 2."
Badrinath Ki Dulhania, directed by Shashank Khaitan, is Varun Dhawan and Alia Bhatt's third movie together. The duo made their Bollywood debut with Karan Johar's Student Of The Year along with Sidharth Malhotra. They also shared the screen space in the 2014 movie Humpty Sharma Ki Dulhania. Speaking about his co-star and friend, Varun told IANS: "Alia is a wonderful co-actor and very natural on the sets. With our three films, we now know each other and take the cue from one another. And what I understand, she does not like too many rehearsals before a take and acts instinctively."
Varun Dhawan and Alia Bhatt have been extensively promoting their film Badrinath Ki Dulhania across India as well as on social media. The film has been produced by Karan Johar under Dharma Productions.
Varun Dhawan's next film Judwaa 2 is scheduled for release in September.
(With IANS inputs)