Varun Dhawan: Too early to feel like a star 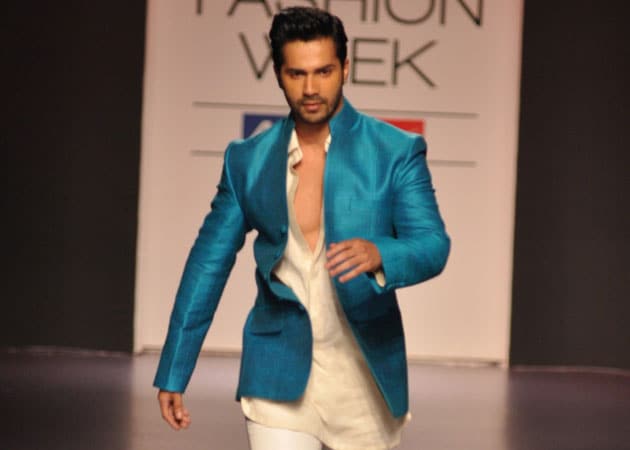 Varun Dhawan is the son of director-producer David Dhawan.

He sailed into Bollywood riding on the hit movie Student Of The Year, but the success of his first film has not influenced Varun Dhawan.

He sailed into Bollywood riding on the hit movie Student Of The Year, but the success of his first film has not influenced Varun Dhawan.
"I think it is too early for all that (stardom). I just feel like an actor now and whose performance people really liked, hence they want to support and love (me). I feel it is important for me to support things, which I believe in," Varun said.
He is the son of director-producer David Dhawan, known for films like Hero No.1, and Varun is proud of his film legacy, but points out that he cannot take a piggy ride on his dad's successful career.
Measuring success with practical yardstick, the youngster said: "I am my father's son. It is not my fault that my father happens to be famous and good at his job. I am proud to have a father like him. At the same time I have to make my own space. If you don't achieve, then people won't care. I think each person has their own journey to fulfil."
For his next, he has teamed up with his father in Mein Tera Hero. After that Karan Johar, who launched him in his directorial venture SOTY, has roped him in for his next venture.
"I feel very privileged and happy that these people are there. They are ready to experiment and try things, which is amazing for new talent," said the 26-year-old.
Thanks to the success of his film, he has bagged couple of brand endorsements too. He is endorsing chat application - We Chat - along with Parineeti Chopra and is also seen in Coca Cola new ad.
Varun likes to do launches when he is free.
"I think it is good to spread social awareness and be in touch with current trend. As a person, who is in the public view, if you are not up-to-date, you will get outdated. I guess when I am not working and have the time to do this, I will do it," he said.
How do you de-stress yourself?
"I watch movies, read a book, surf the net...I love travelling, I can go for a holiday or spend time with the family," he said.