Varun Dhawan Was Like His Badrinath Ki Dulhania Character In College, Or So He Says

Varun Dhawan described his character in Badrinath Ki Dulhania as someone who "doesn't have a brain, but he has a heart" 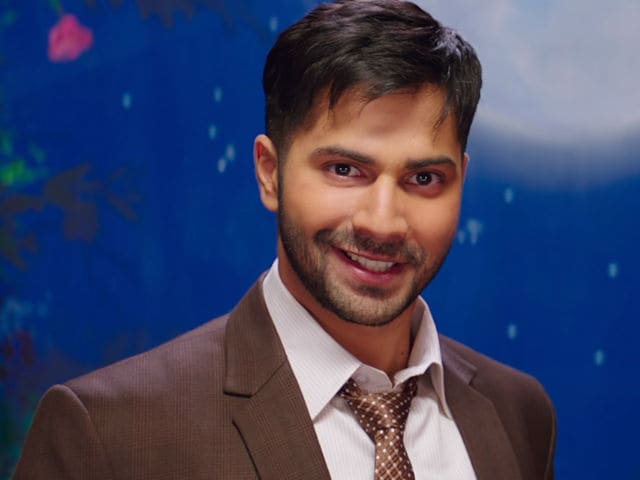 Actor Varun Dhawan plays a naive Badrinath Bansal in upcoming rom-com Badrinath Ki Dulhani. In Varun's words, Badrinath "doesn't have a brain, but he has a heart," and the 29-year-old actor says he was like Badri when he was in college, reports news agency IANS. The trailer of Badrinath Ki Dulhania released on Thursday and has gone viral. The film's getting truck-load of love and appreciation on Twitter. Badrinath Ki Dulhani is a sequel to Humpty Sharma Ki Dulhania which also starred Varun along with Alia Bhatt. "Badrinath doesn't have a brain, but he has a heart. That's how Shashank Khaitan (writer and director) has written the character. He does something and then he thinks about the repercussions. I was like that probably when I was in college," Varun told IANS.
"Today, we all Google when we do something. But Badrinath is not like that. He just does it straight away if he thinks of doing something," he added.
Watch the trailer of Badrinath Ki Dulhania:

Talking about the actors who have influenced his style of acting, the Badlapur actor said: "I am a very big fan of Chichi bhaiyya (Govinda) or the three Khans (Shah Rukh, Aamir and Salman) or Akshay Kumar and Hrithik Roshan also, because they are my inspirations of what I am doing today. I can't deny that. All these heroes do inspire me to be a hero on screen and somewhere in my performance, they do play a part. Every creative person does get inspired and you have to choose the right people to be inspired," he told IANS.
Varun's director father David Dhawan has made several films with Govinda and Salman Khan (together and separately). In fact, Varun is all set to star in the reboot version of Salman Khan's Judwaa.
"It will be unfair to say that I've seen Arnold Schwarzenegger to become an actor in Hindi cinema. I've gone to the theatre to see Sanjay Dutt and Salman Khan dance and I screamed," he added.
After Badrinath Ki Dulhani, which releases on March 17, Varun will be seen in Judwaa 2 along with Jacqueline Fernandez and Taapsee Pannu.
(With IANS inputs)