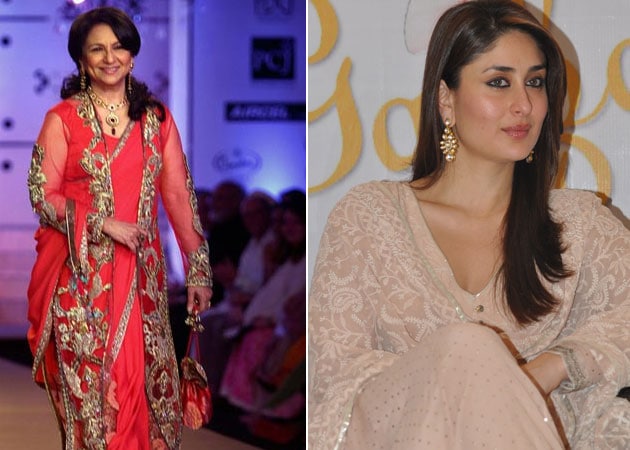 In an interview Sharmila Tagore said that Kareena Kapoor has started eating fish and she wouldn't mind cooking some Bengali-style fish curry for her bahu.

In an interview to a television channel Sharmila Tagore stated that as her bahu Kareena Kapoor was a vegetarian and she did not know what to cook for her as her knowledge of veg food cooking was limited.
The veteran also said that she knew more of non-veg dishes. But now that Kareena Kapoor has started eating fish, she wouldn't mind cooking some Bengali-style fish curry for her.
It is a well-known fact that Kareena preferred to stick to greens when she was seeing Shahid Kapoor, who is a vegetarian. He had influenced her to go vegetarian that her family had found odd, considering that the Kapoors swear by tandoori chicken.
In fact, her father Randhir Kapoor was shell-shocked to learn that Kareena had turned vegetarian for spiritual reasons.
Watch video: