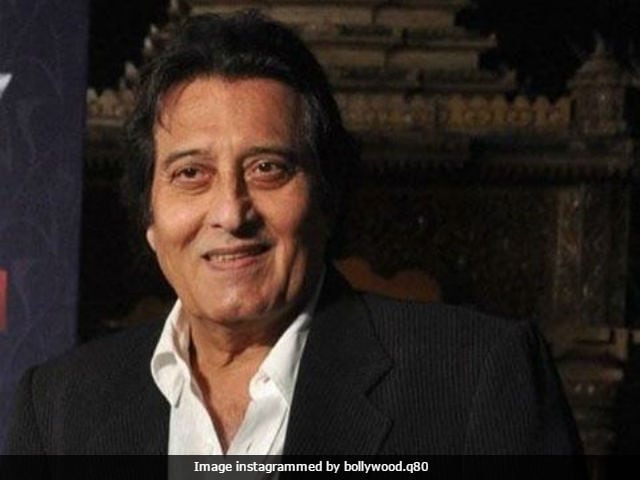 Veteran actor Vinod Khanna has been hospitalized due to severe dehydration, reports news agency PTI. The 70-year-old actor was admitted to HN Reliance Foundation and Research Centre in Girgaon, Mumbai on Friday night. "Dad was hospitalised on Friday for severe dehydration. The situation was quickly brought under control, he's doing much better and the doctors are looking to discharge him soon. Our family is most grateful for the extraordinary care he's been receiving at the hospital and we are touched by all the good wishes pouring in," Vinod Khanna's son, Rahul told PTI. "Vinod Khanna is recovering well and is much better," PTI quoted hospital sources as saying.
Vinod Khanna has two sons- Rahul Khanna and Akshaye Khanna from his first marriage and one son, Saakshi and a daughter, Shraddha from his second marriage.
Vinod Khanna is currently the sitting MP from Gurdaspur. In a career spanning 49 years, he has appeared in over 141 films. In 1999, Vinod Khanna received a Filmfare Lifetime Achievement Award for his contribution to the film industry for over three decades. He also featured in the television show Mere Apne, produced by Smriti Irani.
Vinod Khanna was last seen in 2015 movie Dilwale starring Shah Rukh Khan, Kajol, Varun Dhawan and Kriti Sanon. He will next feature in Ek Thi Rani Aisi Bhi, directed by Gul Bahar Singh. The film also stars Hema Malini and Sachin Khedekar. Ek Thi Rani Aisi Bhi is based on Goa Governor Mridula Sinha's biography.
(With PTI inputs)