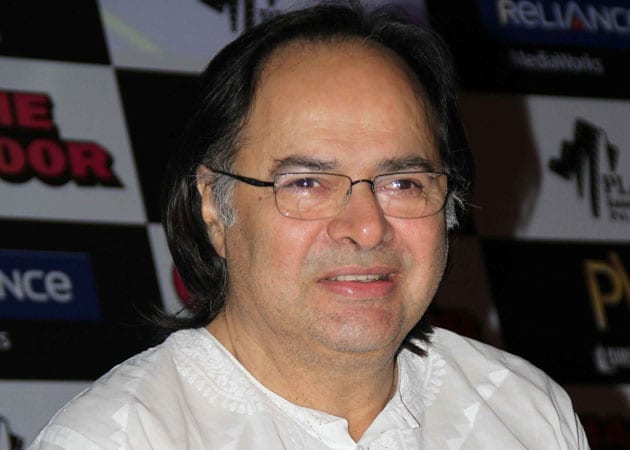 Farooq Sheikh is known for his powerful roles in Chashme Budoor, Saath Saath among others.

Veteran Bollywood actor Farooq Sheikh died of a sudden cardiac arrest in Dubai late Friday, his long-time co-star and friend Deepti Naval said.
"I don't have the details yet, and I have not been able to speak to any of his family members, but a friend confirmed it to me. I also spoke to Shabana Azmi who was also aware of the sad, shocking and unbelievable news," Deepti Naval said.
Farooq Sheikh is known for his roles in Chashme Budoor, Saath Saath among others.
"It is unbelievable. I am in a state of shock. He was one of the finest actors in the film industry. He was the one who has always encouraged me to work," a teary Deepti said.
"I just got a call from Shabana Azmi. She said he had a massive heart attack in Dubai. They will be getting his body to India. I am in Himachal right now. I am flying back to Mumbai," she said.
She said that his body will be brought to Mumbai for the last rites after completing the relevant formalities in Dubai.
65-year old, Farooq Sheikh, was reported to be in a fit condition and had interacted with Deepti Naval two months ago at the Sharjah book fair.
She recalled the promise she and the late actor had made, and said, "After our last film Listen Amaya, Farooq and I had promised to each other that we will work together again and there were many films in the pipeline. We had decided to be in touch in terms of work."
Born on March 25, 1948, Farooq Sheikh started his Bollywood career in 1973 with the classic Garm Hava and later excelled in both parallel and mainstream cinema.
Over the years, he became known for his roles in many notable movies, including Satyajit Ray's Shatranj Ke Khiladi, Umrao Jaan, Kissise Na Kehna, Noorie, and Yeh Jawaani Hai Deewani in which he played Ranbir Kapoor's father. He was last seen in Club 60.
Farooq Sheikh is renowned for his immense contribution to parallel cinema, low-budget high quality movies, theatre and television - the last medium where he hosted a popular talk show, Jeena Isi Ka Naam Hai.