Vidya Balan: Am a humanist, not an activist 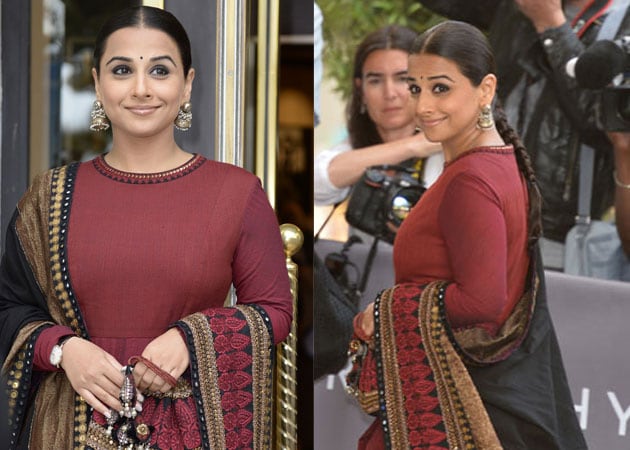 Actress Vidya Balan considers veteran actor Shabana Azmi as her "strongest inspiration" but herself prefers to be dubbed as a humanist rather than an activist.

Actress Vidya Balan considers veteran actor Shabana Azmi as her "strongest inspiration" but herself prefers to be dubbed as a humanist rather than an activist.
Besides her repertoire of several award-winning films like Parineeta, Paa and No One Killed Jessica, Vidya's humanitarian efforts are well-known.
The National Award winner has been instrumental in campaigning for child nutrition and education and women's empowerment. She has been appointed by the Indian government as the brand ambassador in the drive to improve sanitary conditions in the country.
"My work is an extension of my beliefs. I don't think I am an activist at all. I am an actor first and I try using that to leverage attention to some of the causes I am associated with. I think I am a humanist," said Vidya.
"I try to focus on my acting, so that I can leverage attention to the causes," added the actress.
An inspiration for many, Vidya is inspired by activist-actress Shabana Azmi.
"Shabana Azmi has been one of my strongest inspirations. I was truly awestruck by Shabana Azmi's performance in Arth. I still am," said Vidya during a fund-raiser by the Bengal Chamber for the Indian Institute of Cerebral Palsy here on Saturday.
"I like walking in other people's shoes. I tend to empathise with people, so I always wonder what a certain person might do in a certain situation," said the actor while adding that as a youngster she was won over by Madhuri Dixit Nene's dance number Ek Do Teen.