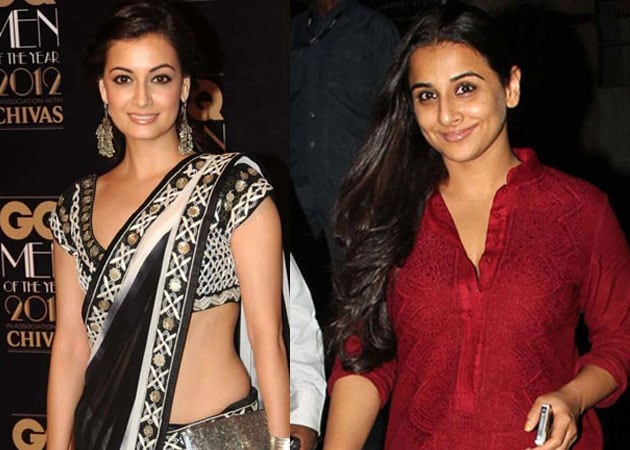 Vidya, Dia strongly believe that rape should not be pardoned

Actors Vidya Balan and Dia Mirza have reacted strongly to Samajwadi Party (SP) chief Mulayam Singh Yadav's remark that the death penalty in rape cases is "unfair" as "young boys make such mistakes".
National Award-winning actress Vidya has said that rape should never be pardoned.
"Capital punishment is a very contentious issue but it is the worst of crimes that should not be pardoned. I completely disagree with anyone who says that 'boys will be boys, they will make mistakes'," Vidya said here Thursday at a fundraiser event by NGO Swades.
"Now this is sure that I will not give my vote to him (Yadav)," she added.
Mulayam Singh Yadav made the remark at a Lok Sabha election rally in Moradabad Thursday. He also said that if his party leads the government at the centre, he would change the law.
Actress-producer Dia Mirza finds the statement by the former Uttar Pradesh Chief Minister "appalling" and "saddening".
"When I hear comments like this, I don't know how to react as a woman, how to react as a human being. I think it is appalling and saddening that there are such people in our society, who have such small, such irrevocable thoughts," Dia said here.
"This statement reflects not just their lack of character, insenstivity but also lack of humanness. It is very sad," she added.