Vidya Balan: Happy not to play a protagonist in Ghanchakkar 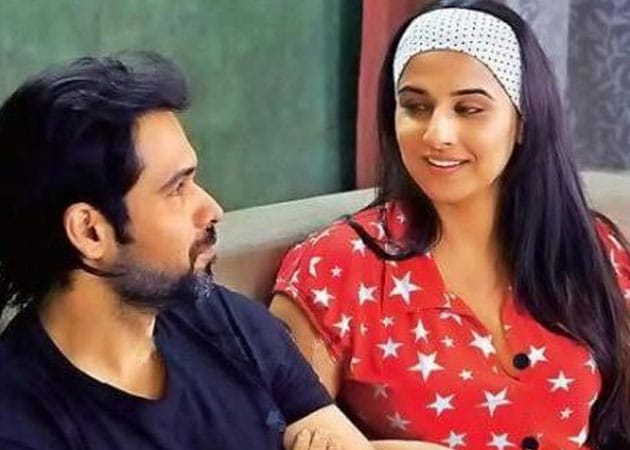 Vidya Balan will next be seen in the movie Ghanchakkar.

Having proved herself by portraying strong, independent women characters in films, actress Vidya Balan reveals she had no qualms in playing second fiddle to actor Emraan Hashmi in their upcoming movie Ghanchakkar.

Having proved herself by portraying strong, independent women characters in films, actress Vidya Balan reveals she had no qualms in playing second fiddle to actor Emraan Hashmi in their upcoming movie Ghanchakkar.
The 35-year-old actress is often credited for breaking stereotypes of a Hindi film heroine with her powerful performance in films such as Paa, Ishqiya, No One Killed Jessica, The Dirty Picture and Kahaani.
But Vidya is happy to step out of her power-woman mode and with her comedy debut as over-the-top, bubbly housewife in the Rajkumar Gupta directed movie.
"I am glad that I am not playing the protagonist in Ghanchakkar. I have done it before so many times. This is Emraan's film. He is the main lead here. And I am very happy and comfortable with it. It gives me more scope to perform. I can be free and not feel any pressure about it," Vidya said.
The National award-winning actress says though the film is not centred around her character Neetu, it still has a lot to offer for women.
"The only take away for women from this film is that it is about a housewife, who is very happy with herself. She does not care about her weight, her habits, her looks. According to her , she is the best and there is a certain amount of confidence in her," said Vidya, who was a part of the Cannes International Film Festival jury recently. Ghanchakkar, a comedy thriller, has been produced by Ronnie Screwvala and Vidya's husband Siddharth Roy Kapur.
The film will hit theatres on June 28.
This is Vidya's second film with Gupta. The two have previously worked together in critically and commercially successful No One Killed Jessica, which was based on the controversial Jessica Lal murder case.
Vidya says she was initially apprehensive to take up the role of a Punjabi housewife in Ghanchakkar and needed a lot of coaxing.
"When Raj narrated to me this character Neetu, a loud, vibrant, vivacious Punjabi housewife, I was not sure. I mean I have just come out of The Dirty Picture mode. But when I read the script I could not put it down. There is loudness but of a different sort in the film.Raj told me that if I was not doing the film, he would not make this film at all. But in the end I am glad that I took it up. I trust Raj implicitly after working with him in No One Killed Jessica," Vidya said.
Although she was nervous to step into the unfamiliar territory with Ghanchakkar, the actress is happy to choose this film as her debut in the genre of comedy.
"I feel that if I have to venture into comedy, there could be no better film than this one. I could let my hair down. I feel madness in me comes out only when I am with closest people and making this film was that experience for me."
Vidya says it was a little difficult for her to get into the character in terms of looks as it was unlike any she has ever played on screen.
"My clothes in the film have been designed by Subarna Ray Chaudhuri, who I have worked with in Parineeta and she said,'Vidya I can't do this bizarre thing to you'. But Raj told me to forget myself completely and just think about Neetu - how she would talk and dress. And we actually had a lot of fun."
When asked how she prepared for her character, Vidya said, "The only thing that I had to work on was my Punjabi accent but that also not too much because my character lives in Mumbai."