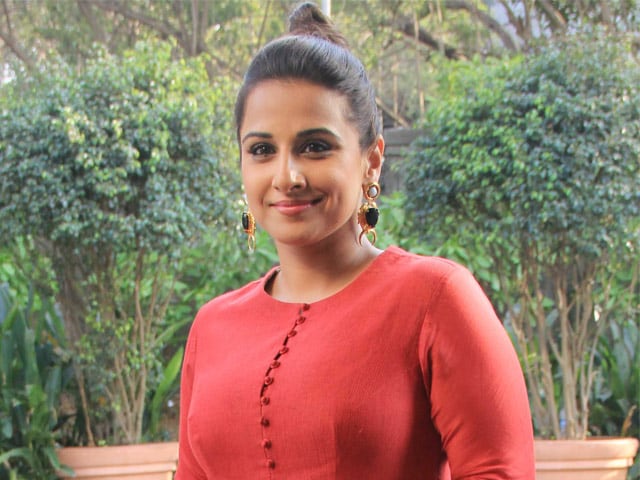 Vidya Balan at an event in Mumbai.

However, Vidya's friend and film producer Dia Mirza questioned why the actress was not nominated for any leading film awards

Actress Vidya Balan finds it "sweet" on producer Dia Mirza's part to question why the actress' performance in Bobby Jasoos was not nominated for any leading film awards. However, the National Award winner says she has no regrets about it.
Vidya's 2014 film Bobby Jasoos received a fair response from the audience and critics, but it failed to make a cut in all the major awards, including at the 60th Filmfare Awards, which will be held on January 31.
Recently, Dia expressed her disapproval and posted a series of tweets on the same.
Dia tweeted:

Articles, reviews stated that her performance was excellent. But when it came to nominations she was completely ignored. Why? #VidyaBalan

I have always celebrated the achievements of my industry/colleagues and I will continue to. But I ask, why has #VidyaBalan been ignored?

When asked about the same, Vidya said, "Actually, (it was) so sweet of her (Dia Mirza) to say that. It's our film, obviously we feel bad. We feel we should get nominated but, I think there is a jury who decided on the nominations and we should respect that."
"It's good to know that there is so much good work happening that they are finding it difficult to choose the nominations. I've no regrets about not being nominated. I'll be there (at the 60th Filmfare Awards night) to cheer my fraternity," she added.
Meanwhile, Vidya will be next seen in Mohit Suri's Hamari Adhuri Kahani, co-starring Emraan Hashmi and Rajkummar Rao.