Vidya Balan: I Don't Miss Working with The Khans 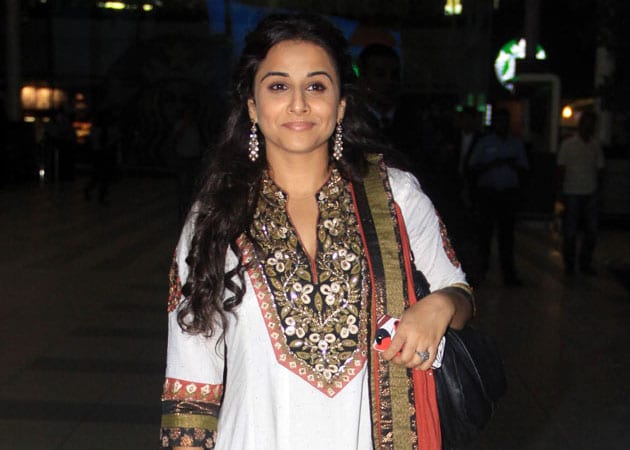 Vidya hasn't been offered a film with the Khans yet

National Award-winning actress Vidya Balan says she has not been offered any film with the Khans in Bollywood yet.

National Award-winning actress Vidya Balan says she has not been offered any film with the Khans in Bollywood yet. (Also Read: Vidya Balan Excited About Working With Mahesh Bhatt)
Vidya, who will be seen sharing screen space with newcomer Ali Fazal in the detective thriller Bobby Jasoos, said she is not keen on doing it either as she doesn't see herself fitting into masala commercials.
"I don't miss working with them. There has to be a script that has enough for me to do. It has to be exciting for me. I have never looked for films where I can work with certain actors.
"I have never planned my career. I have only responded to scripts that came my way. To be working with (known) actors or new actors, I don't plan my career that way. I have a different approach. And I am very happy with the kind of work I am doing," Vidya told PTI.
"I have not really got offers (for films with Khans) not in the past seven years. I don't see myself fitting into those kind of films honestly," she added.
Meanwhile, the grapevine is abuzz that the biopic on legendary Carnatic singer M S Subbulakshmi, which Vidya, 36, will be doing, is in some legal trouble. "I have no information on that. In past one year it has been put on hold. So, I don't know what is the status," she said.
The actress will also be next seen in director Mohit Suri's Hamari Adhuri Kahani with Emraan Hashmi and Rajkummar Rao.
"I have not started any preparations for this film yet. Once Bobby Jasoos is out, after that," Vidya said.