Vidya Balan In An Action Film? 'I Love Punching And Kicking' She Says

Vidya attended the trailer launch dressed as her character Durga Rani Singh. She also revealed that she likes to promote the film in character 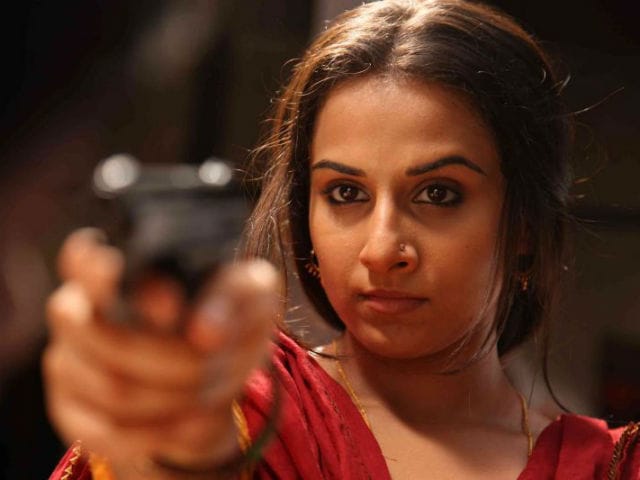 Vidya Balan in a still from Ishqiya

National-award winning actress Vidya Balan is keen to do an action film.
In the Sujoy Ghosh directed Kahaani 2: Durga Rani Singh, the actress will be seen doing some action sequences.
"I love punching and kicking. I get few chances to do that. I like to do action," Vidya told reporters in Mumbai at the trailer launch of Kahaani 2: Durga Rani Singh yesterday evening.
Vidya attended the trailer launch dressed as her character Durga Rani Singh. She also revealed that she likes to promote the film in character.
The actress has always stayed away from controversies in her career and is glad to be known for her work.
"I am like this (non-controversial) in real life and it reflects on my films. I choose films that appeal to me," Vidya said.
The Paa actress feels amazed that her weight has been the talking point.
"I feel amusing when people one day say I have gained weight and then next day say I am losing weight," she added.
(Except for the headline, this story has not been edited by NDTV staff and is published from a syndicated feed.)