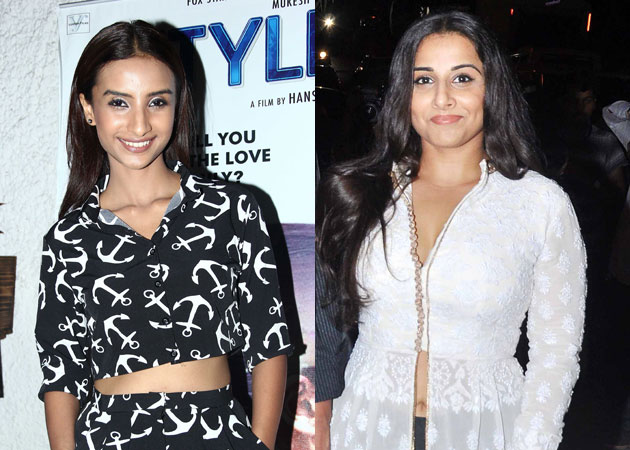 Patralekha says that she has been following Vidya?s work ever since her debut Hindi film, Parineeta

Vidya, who recently watched CityLights with her husband, is also all praise for Patralekha's performance in the film

Patralekha, who is being appreciated for her performance in soon to be released Hansal Mehta's CityLights, sees actress Vidya Balan as her inspiration.
"I am very inspired by Vidya ma'am. I have been watching her, following her work ever since I watched her in Parineeta," the newcomer said here at the screening of her film CityLights.
National Award-winning actress, Vidya, made her acting debut with Parineeta in 2005 and later carved out a niche with performances in films like Paa, Ishqiya, The Dirty Picture and Kahaani.
"I want to become an actress like her and the way she is. She is a huge inspiration in my life," the budding actress said.
Vidya, who recently watched CityLights with her husband, is also all praise for Patralekha's performance in the film.
Presented by Fox Star Studios in association with Vishesh Films, CityLights also features National Award-winning actor Rajkummar Rao. It will release Friday.
The film is an adaptation of British film Metro Manila.