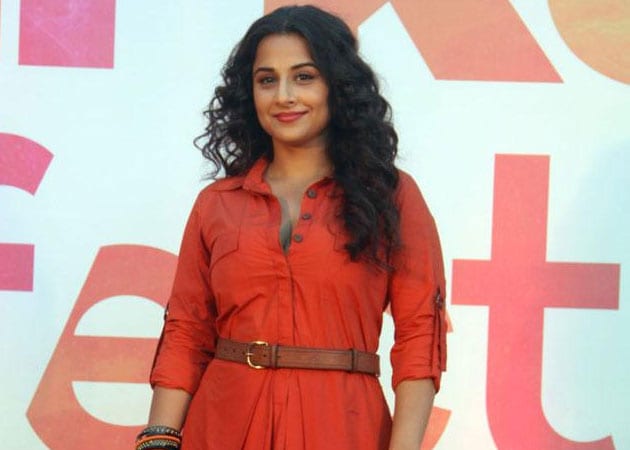 Vidya is currently on a break from her hectic career.

National award-winning actress Vidya Balan, who is on a mini break from her hectic career, says she has no plans to join politics and will stick to her acting career.

National award-winning actress Vidya Balan, who is on a mini break from her hectic career, says she has no plans to join politics and will stick to her acting career.
"I don't have a political bent of mind except that I will cast my vote like a responsible citizen of India," Vidya Balan told reporters during the launch of Indian Film Festival of Melbourne (IFFM).
She said she was honoured to be the brand ambassador of the festival third time with the 2014 being the special one as the festival will be inaugurated by Bollywood legend Amitabh Bachchan on May 1.
Vidya is on her two-day trip to Australia and would be returning back tonight to receive Padma Shree award on Monday in New Delhi.
Expressing her gratitude for all the awards and appreciations she has received in the past, Vidya Balan said, "As long as I get exciting parts to play, work with good filmmakers and team, I think that is what I am hoping for. Everything else follows. I have never pursued or worked towards an award but good work is always what one hopes for," Vidya said.
The 36-year-old actress also quashed her pregnancy rumours disclosing that she was taking a short break to get back to her acting career.
"I have been working with back to back shooting and film release for the last five years. I am taking a break for two months before I start promoting my next film Bobby Jasoos which will release in June or July and would need lot of work," she said.
According to recent reports, Vidya Balan opted out of Sujoy Ghosh's next thriller Durga Rani Singh and speculations are that she has been replaced by Kangana Ranaut.
When asked about her take on Kangana replacing her in the film, Vidya said, "I am happy that she is doing the film."