Vidya Balan on Other Actresses, Being 'Angry' and a Possible Return to TV 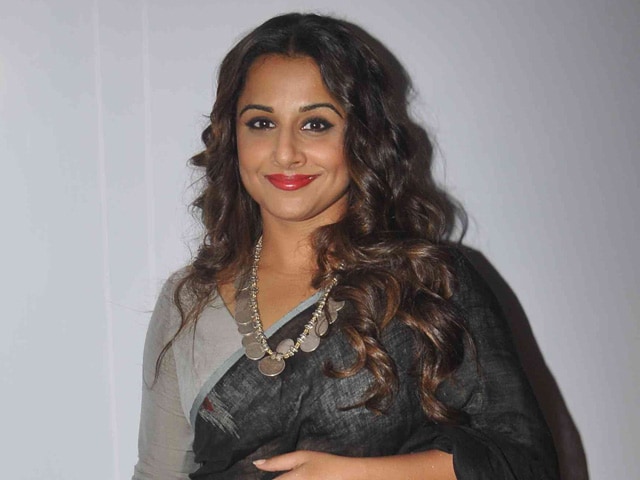 Vidya Balan at an event in Mumbai.

She may not have much room in the Rs 100-crore club these days, but judging from the fact that her characteristic laugh is still very much in place, actress Vidya Balan doesn't consider her days numbered at the box office. But it's not all 'ha ha he he'.
When asked when was the last time she was deeply disappointed or deeply resentful, she replied: "I think about a year ago; there is a lot of anger in me. Things were not working out the way I wanted to. Three of my films had not worked and people were casting aspersions on my personal life."
Vidya is philosophical now about life's ups and downs and claims that there are no sour grapes about other leading ladies' stellar success.
She said: "The fact that these films are doing so well opens up doors and I'm not saying I have to be the only one who does everything and everyone should be seen as my subjects. That would be crazy. I'm very happy for the actresses who are doing extremely well. That doesn't take away from what I've done or will do."
Vidya went a step further to mention the performances she has truly appreciated from other leading ladies. She said that she loved Kangana Ranaut's performance in Tanu Weds Manu Returns, Kalki Koechlin's in Margarita, With a Straw, Anushka Sharma's in NH 10 and Bhumi Pednekar's in Dum Laga Ke Haisha.
And while the big screen may not have been very welcoming to Vidya lately, hopefully the small screen will. Vidya is currently contemplating whether to take up a project on the small screen but insists it's too early to talk about it.
Before her Bollywood debut with Parineeta in 2005, Vidya was best known for her role in TV show Hum Paanch as the geeky sister Radhika Mathur.
Meanwhile, Vidya Balan was last seen in Mohit Suri's Hamari Abhuri Kahani, co-starring Emraan Hashmi and Rajkummar Rao. The film failed to make it big at the box office and has collected Rs 25.04 since its release in June 12.
Watch: