Vidya Balan On Success Ke Side Effects: You Regard Yourself As Invincible

"I am incapable of doing the conventional. I need constant stimulation and I need something new to do and need a new challenge. I became an actor so I could lead other people's lives," said Vidya Balan 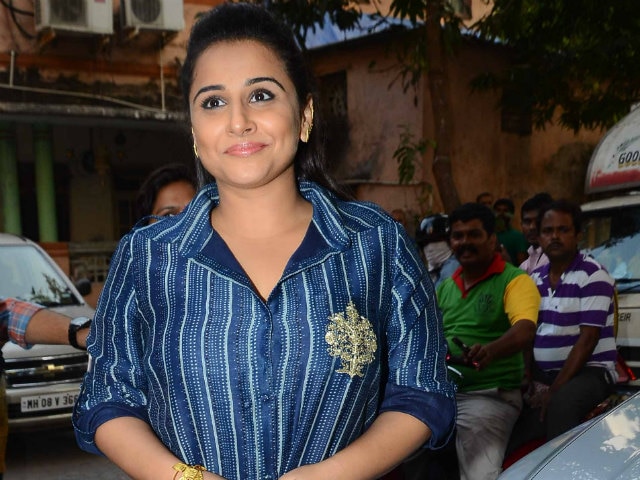 "Kahaani abhi baaki hai, kafi baaki hai," says Vidya Balan. Not one to be written off, the 38-year-old actress is ready to strike and tell it the way it is. Vidya has said she admires those who follow a conventional path and do a good job of it. Speaking to us in New Delhi on Wednesday, she said: "I am incapable of doing the conventional. I need constant stimulation and I need something new to do and need a new challenge. I became an actor so I could lead other people's lives. So I look for new characters and am fortunate to have got those roles and that's what keeps me going and motivated. There is this constant adrenaline rush to do different. But, yes I cannot do conventional and hats off to those who do it well."
Vidya, who has had a spate of flops with Ghanchakkar, Shaadi Ke Side Effects and other films, was initially seen as the actress who would challenge and change the patriarchal norms Bollywood is mired in. What changed, we asked her. "Nothing changed. My films didn't do well after The Dirty Picture. But if you see, none of my films cowed down to the patriarchal mind set. In every film, my characters have had an identity and that's what I am as a person too. My roles are an extension of my beliefs," said Vidya.
Vidya Balan also admitted that her hit streak had given her something of a swollen head. "You start regarding your self as invincible. I was being hailed as the fourth Khan, the one with the Midas touch and even if you don't want it to affect you, it does. Just when you think nothing can go wrong, things go wrong and it hits you hard when, after the highs of highs, you experience the lows of lows. But that's what life is," Vidya said candidly.
However, she doesn't regret not doing a film with the Khans. "No, not at all. I love all my films. No regrets at all," Vidya told us.
Amongst Gen Next, it's young Alia Bhatt who has got Vidya's vote of confidence. "I admire her. In every film, she is the character she portrays, never Alia," Vidya said.
Vidya Balan has a new movie out this week. In Kahaani 2, directed by Sujoy Ghosh, she plays a mystery woman named Durga Rani Singh. Arjun Rampal co-stars as a cop. The film, releasing on Friday, is a sequel to her 2012 film Kahaani, also made by Sujoy.