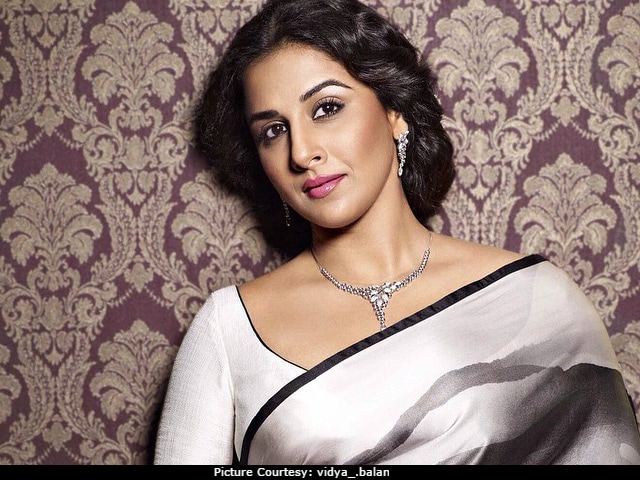 The fan tried to put his arm around Vidya Balan thrice (Courtesy: vidya_.balan

Actress Vidya Balan, star of new film Begum Jaan, revealed to SpotboyE that she was harassed by a male fan at Kolkata airport recently. Ms Balan was flying out of Kolkata - where she had been promoting the film - with producer Mahesh Bhatt and director Srijit Mukherjee. At the airport, a man came up to her and, without asking permission, tried to touch her hand and put his arm around her waist. "I told him don't, but he put it again. My manager saw it and said please don't and when I turned to pose for cameras he put his hand around my waist again the third time. I said listen don't, what do you think you are doing? This is wrong. Then he said sorry can I have a selfie, I said no you can't, behave yourself," the 38-year-old actress told SpotboyE in an interview.
"When a stranger puts an arm around you, be it a man or a woman you get uncomfortable because they are intruding into your personal space. We are public figures, not public property," Vidya Balan told SpotboyE.
Watch Vidya Balan's interview here:

Vidya Balan, who plays a brothel owner in the time of Partition in Begum Jaan, was last seen in 2016 movie Kahaani 2: Durga Rani Singh. Begum Jaan, the Hindi adaptation of Srijit Mukherjee's Bengali film Rajkahini, tells the story of how the inhabitants of a brothel refuse to leave their home when told that the Radcliffe Line would be drawn through it. The film also stars Naseeruddin Shah, Rajit Kapoor, Ashish Vidyarthi, Chunky Pandey, Gauahar Khan and Pallavi Sharda. Begum Jaan releases on April 14.
Vidya Balan will also be seen as a radio jockey in Tumhari Sulu.