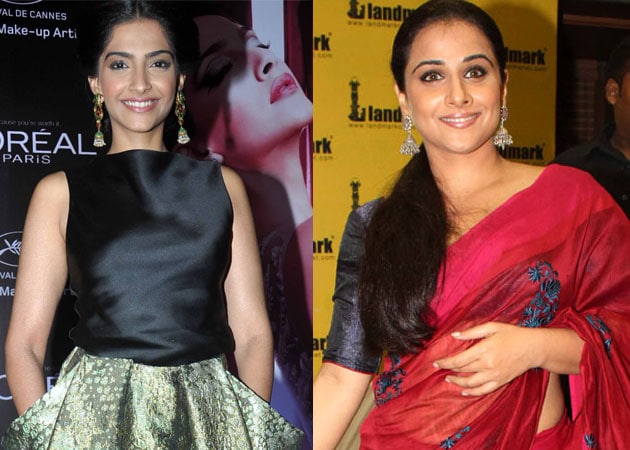 We asked Bollywood's most stylish actress Sonam Kapoor what fashion advice she would give Cannes first-timer Vidya Balan, who is part of the jury.

Sonam Kapoor made a stunning Cannes red carpet debut in vintage monochrome Jean Paul Gaultier in 2011, and will make her third appearance on the French Riviera this year. Sonam, part of the brigahe of L'Oreal beauties, will choose an outfit with an Indian flavour this time.(Read: Sonam Kapoor to wear Indian outfit at the Cannes Film Festival)
We asked Bollywood's most stylish actress what fashion advice she would give Cannes first-timer Vidya Balan, who is part of the jury. "Vidya is very beautiful with typical Indian looks. I suggest that she only goes for saris. She looks the best in saris," Sonam said.
"She should go for softer fabrics since its extremely hot in Cannes and not wear heavy drapes," she added. (Read: Sonam's tips on what to buy for your jewellery box and wardrobe)
Sonam also advised the Kahaani actress to ditch her favoured jewel and dark tones for brighter and lighter shades. (Read: Vidya Balan's Cannes wardrobe may be by Sabyasachi)
"Vidya will look beautiful in chiffons and mulls, and she should wear pearls," advised Sonam.
We hope Vidya's listening.
(Read: All actresses are following fashion after I started: Sonam)
Watch: