The makers of Kahaani 2: Durga Rani Singh shared a new poster of the upcoming thriller which introduces a new tangent in the story of the titular character 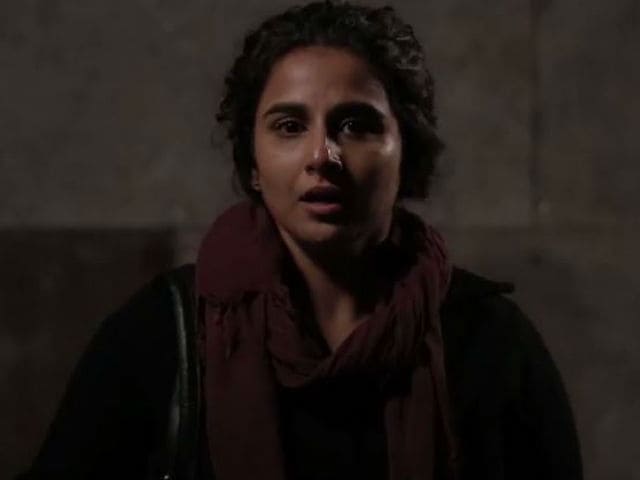 The makers of Kahaani 2: Durga Rani Singh shared a new poster of the upcoming thriller which introduces a new tangent in the story of the titular character, played by actress Vidya Balan.
The film's first poster branded Durga Rani Singh as a fugitive wanted for abduction and murder. However, this one displays a different side of Durga. She holds a young girl in her arms with a smile on the face. But two blurred silhouettes can be seen as an ominous sign. Durga's relationship with the child in the poster is not known.


Durga Rani Singh has more to her Kahaani! Here's the official poster of #Kahaani2. Trailer out tomorrow. @vidya_balan@sujoy_g@PenMoviespic.twitter.com/g2WTTji2bf

This was the first poster, which prompted immense curiosity in fans and also startled Vidya's house help, who asked her, 'Didi, koi problem hai?'


She is charged with murder and kidnapping. Durga Rani Singh is WANTED! Have you seen her? #Kahaani2https://t.co/vp1vgv0Scd@vidya_balanpic.twitter.com/XgJJExjW9S

The makers also released a snippet in which Durga insisted that she's been framed and that she's neither a kidnapper nor a murderer:


Durga Rani Singh has a message for everyone. Have you seen her yet? Trailer out on 25th October. #Kahaani2@vidya_balan@sujoy_g@PenMoviespic.twitter.com/f1Cvn2cSBK

Is Durga Rani Singh really innocent? The trailer, which releases today, make have some clues.
Kahaani 2, a sequel to the 2012 film of the same name, also features Nawazuddin Siddiqui from the original star cast. Actor Arjun Rampal is a new addition. Sujoy Ghosh returns as director for a new kahaani.
The film will release on December 2. The initial release date was November 25 but it was rescheduled to avoid a clash with Shah Rukh Khan and Alia Bhatt's Dear Zindagi, directed by Gauri Shinde.