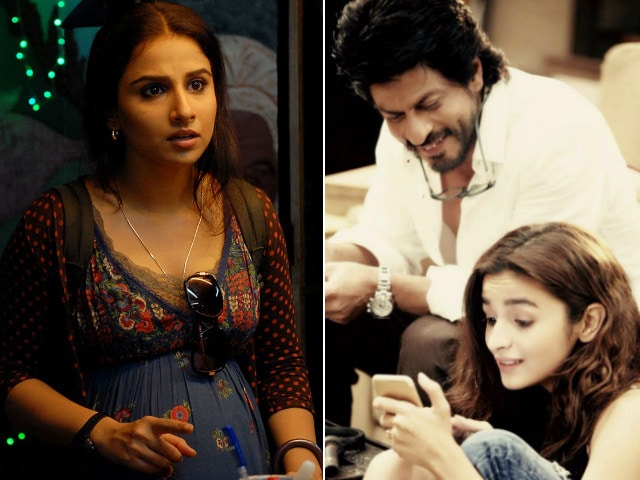 Vidya Balan in a still from Kahaani (L) and a poster of Dear Zindagi.

Actress Vidya Balan's Kahaani 2: Durga Rani Singh and Alia Bhatt's Dear Zindagi will not clash at the box office as the former has shifted its release date to December 2.
The sequel to 2012 hit thriller was earlier scheduled to release on November 25 this year but producer Jayantilal Gada of Pen India decided to shift the date in order to avoid a clash at the box office.
It was recently announced that Gauri Shinde's Dear Zindagi will hit theatres on November 25 and producers Jayantilal Gada and Mahesh Bhatt decided not to release the two films together.
"Bhatt Sahab (Mahesh Bhatt) is associated with us for our leading TV shows Udaan and Naamkarann but more importantly he and Alia are like family to us. There can never be any competition within families, hence, I have decided to release Kahaani 2- Durga Rani Singh on December 2," Mr Gada said in a statement.
Director Sujoy Ghosh has reunited with Vidya yet again for the suspense thriller drama. The film also stars Arjun Rampal.
"I have known Jayantilal Gada for several years now and we are like family. Both Kahaani 2 and Dear Zindagi are unique films and deserve a solo release. And it will also help both films in the long run," Mahesh Bhatt said.
The Gauri Shinde-directed film features Shah Rukh Khan, Alia Bhatt, Aditya Roy Kapur, Kunal Kapoor and Angad Bedi. The film is produced by Gauri Khan, Karan Johar and R Balki.