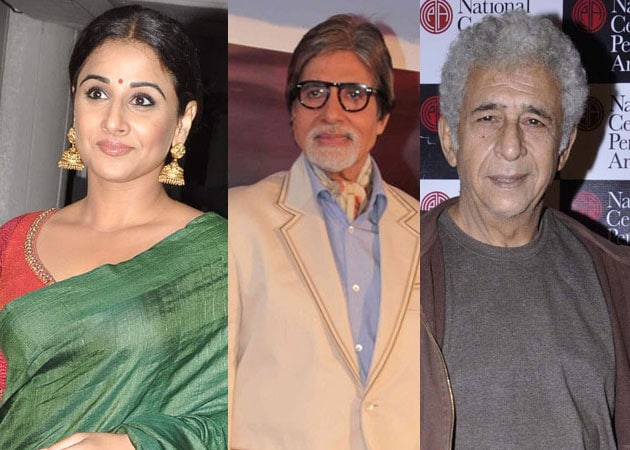 Vidya's pairing with director Sujoy Ghosh has once again raised expectations since their last movie together Kahaani bagged two national awards this year.

Vidya Balan's next movie Badla will reunite her with The Dirty Picture co-star Naseeruddin Shah and Kahaani director Sujoy Ghosh.
Except this time around, there's an interesting new addition - Amitabh Bachchan. Yes, Sujoy Ghosh's next film will reportedly star Vidya Balan, Naseeruddin Shah and Big B and will be a revenge drama.
Vidya's pairing with director Sujoy Ghosh has once again raised expectations since their last movie together Kahaani bagged two national awards this year.
In Kahaani (2011), Vidya played the role of a seven-month pregnant woman who comes to Kolkata from London in search of her husband, with nothing to rely on except fragments of conversations and her memories of him.
Vidya and Big B won rave reviews for their portrayal as mother and son in R Balki's Paa.(2009)
Vidya and Naseeruddin Shah have worked together in Ishqiya (2010) and The Dirty Picture (2011) where they shared a crackling chemistry.
Badla is a revenge drama and the pairing of three immensely talented and successful actors would be quite the casting coup - revenge of the sweetest sort!
Watch video: