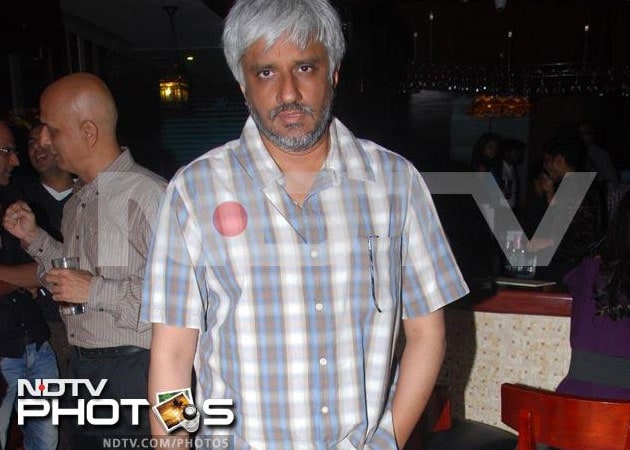 Director Vikram Bhatt feels there is more spotlight on box office records these days than on the content in films.

Director Vikram Bhatt feels there is more spotlight on box office records these days than on the content in films.
Vikram's last release as writer-producer Ankur Arora Murder Case, which was about medical negligence, did not do well at the box office.
"My previous film Ankur Arora Murder Case was a good film, but had no box office collection, so people won't remember the film. History is written by victors and not losers, so if your film is not successful then forget about it being remembered," Vikram told PTI in an interview here.
"It is sad that these days it's all about box office records and there is less focus on the content," he said. Vikram, who is back with yet another scary film titled Horror Story, says it is quite difficult to generate new techniques in horror space to scare people.
"It's difficult, very difficult to create something new every time in this space of horror and scare people every time. The space of horror movies in India is going good," Vikram said.
"Whatever films we make we should be honest in the genre we are making. Besides romance and action, I guess, audience should get their dose of horror as well," he said. Vikram has produced and written Horror Story. The film, directed by Ayush Raina, hits cinema houses today.
Horror Story is about seven youngsters who challenge each other to spend a night at an infamous hotel in a city and their idea of fun turns out to be a horrendous night. "This film (Horror Story) has fear as its unique selling point. There are no songs, it's a story of one night. I planned all the spooks in the film as well. I got this idea when I was shooting for Raaz 3 at a hotel," Vikram said.
Vikram's next directorial venture is Creature, which will be India's first 3D creature film.
"This is more on the lines of Jurassic Park and Anaconda. Bipasha is playing the lead in the film. I am directing it and more than this I cannot share any more details about it. Also, I am planning to make a comedy film soon, but it's too early to talk about it," he said.