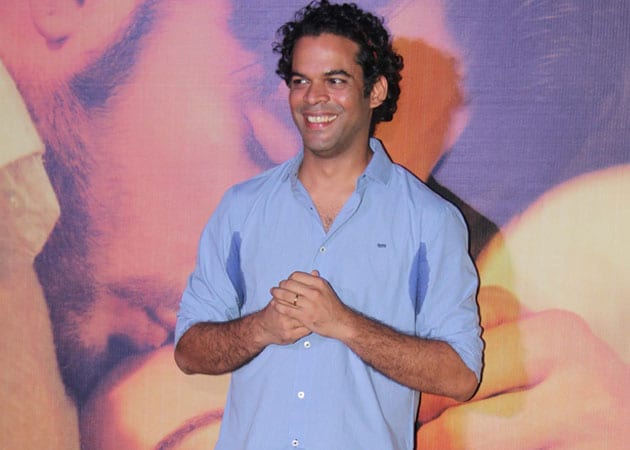 Director Vikramaditya Motwane, whose latest directorial project Lootera has actors Ranveer Singh and Sonakshi Sinha in the lead roles, feels that stars are the ones who pull the audience to cinema houses.

Director Vikramaditya Motwane, whose latest directorial project Lootera has actors Ranveer Singh and Sonakshi Sinha in the lead roles, feels that stars are the ones who pull the audience to cinema houses.
Motwane's debut film Udaan (2010) with popular television actor Ronit Roy was not immediately successful at the box office upon its release. However, it was eventually regarded as a cult classic. The film went on to bag awards in various categories at several award functions.
His second venture Lootera that released last week, is a period romance set in the 1950s.
"You want your film to be seen by the largest audience and stars help in facilitating that. Star power does work... they drive the business. It is a fact. One needs stars to sell their film in a better way," said Motwane.
"But one must not forget that they are actors before they became stars. Look at the young actors like Ranbir Kapoor, Ranveer Singh, Sonakshi Sinha, Priyanka Chopra, etc. They are doing tremendous work," he added.
In Lootera, Sonakshi plays the role of a zamindar's feisty and only daughter, who finds herself irrevocably drawn towards Ranveer, a visiting archaeologist. The performances of both the actors have received appreciation.
"It was not difficult to extract a good performance from them. They were willing to learn things and give their best. Ranveer is someone who believes in preparation while Sonakshi is spontaneous," said Motwane.
"I am happy with whatever response we have got. I think one can't make everybody happy. Everybody has their own opinion. The reaction from people helps me better my craft with my next film," said Motwane.
The director says he is touched by the response he is receiving from his industry friends and colleagues. "It feels wonderful when people praise you. I am glad people liked the film," he adds.
Reportedly, Lootera has collected over Rs 15 crore at the box office in its first weekend.
Ask him about the importance of the number game, Motwane says, "Box office does matter. One cannot ignore it. Everyone wants their film to do well and I am no different from them. My producers did keep a tap on the collection and kept me informed."
The film's crew had their share of anxious moments when Ranveer suffered a back injury while shooting in Dalhousie. The shooting schedule went haywire as the actor had to be rushed back on a stretcher. Then the film set got destroyed due to extreme weather conditions in the hill station.
"I was sure this film will be made at the end of the day. As I had solid producers, actors and other team members on board who will make sure the film gets made. I had faith in my team," said Motwane.
Though he has achieved success with both his movies, Motwane is not content. He feels there is a long way to go.
The director wants to take a break before embarking on his next project.