In 2014, Vinod Khanna had met Shakeel Waheedullah, General Secretary of the Cultural Heritage Council Khyber Pakhtunwa, as part of a cultural delegation. "In his autograph, Mr Khanna extended his good wishes to people of Peshawar and expressed a desire to visit his ancestral city," Mr Waheedullah said 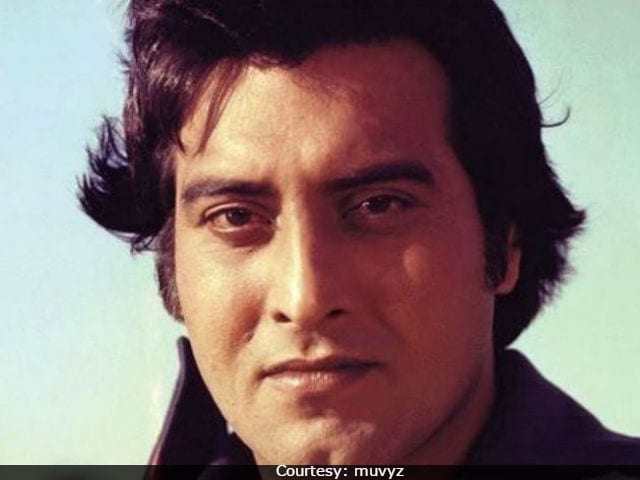 Vinod Khanna is the star of films such as Achanak and Parvarish (Courtesy: muvyz)

Actor-politician Vinod Khanna, who died of cancer on Thursday, had wanted to visit his ancestral home in Peshawar, Pakistan, news agency PTI reports. Mr Khanna, who was 70 when he died, met Shakeel Waheedullah, General Secretary of the Cultural Heritage Council Khyber Pakhtunwa, in 2014 as part of a cultural delegation, PTI reports. "In his autograph, Khanna extended his good wishes to people of Peshawar and expressed a desire to visit his ancestral city," Mr Waheedullah told PTI, adding "Khanna wanted to visit Peshawar to see the area where his parents and forefathers lived. He had sent a request for his visit to Pakistan, but could not succeed."
Historian Muhammad Ibrahim Zia, who also met Mr Khanna as part of the cultural delegation and is a Peshawar native, told PTI that the actor's old home is now being used by the All Pakistan Women's Association. "During our meeting with Khanna, he was very happy over his reunion with the people of his birth place Peshawar," Mr Zia told PTI.
Vinod Khanna was born in 1946 in Peshawar. His family left during Partition and moved first to Mumbai, then New Delhi, and then to Mumbai again. Mr Khanna studied in both cities and graduated from Sydenham College in Mumbai. After the actor's death, his Amar Akbar Anthony co-star Rishi Kapoor tweeted:

Rishi Kapoor's grandfather and father, Prithviraj and Raj Kapoor, were both born in Peshawar, as was actor Dilip Kumar.
The 2014 delegation from Peshawar met both Vinod Khanna and Dilip Kumar and presented them with a traditional outfit and pair of shoes, PTI reports.
Vinod Khanna, star of films such as Achanak and Parvarish, was taken to a suburban Mumbai hospital on March 31. He lost his battle with cancer of the bladder almost a month later. His body was taken to his Malabar Hills home and later cremated.
Vinod Khanna's funeral was attended by colleagues such as Amitabh Bachchan, Rishi Kapoor and Jackie Shroff.
(With inputs from PTI)