Twitter is not convinced that Vinod Khanna is doing better and have posted tweets for the actor, wishing him a quick recovery 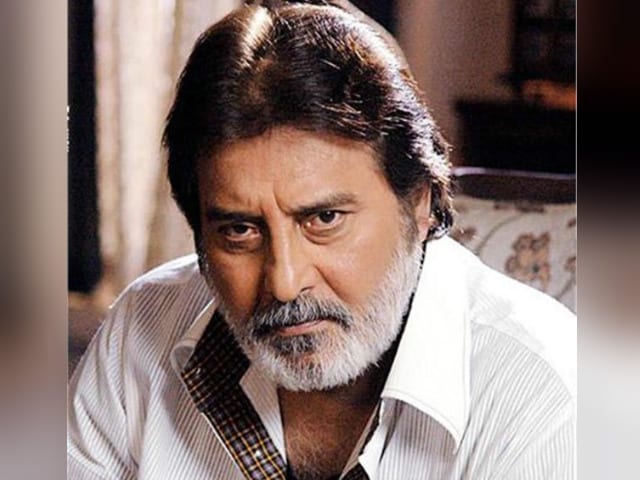 A picture of actor Vinod Khanna in hospital is doing the rounds of social media, leaving a trail of worried comments. The photo, which we will not reproduce here, shows the 70-year-old star in hospital scrubs, looking emaciated and utterly unlike himself. Mr Khanna was taken to hospital last Friday, apparently for severe dehydration. There is, however, speculation that he is actually being treated for bladder cancer. Mr Khanna's son Rahul told news agency PTI, "Dad was hospitalised on Friday for severe dehydration. The situation was quickly brought under control, he's doing much better and the doctors are looking to discharge him soon. Our family is most grateful for the extraordinary care he's been receiving at the hospital and we are touched by all the good wishes pouring in." PTI also reported that hospital sourced said the actor was 'recovering well.'
Twitter is not convinced and have posted tweets for Vinod Khanna, wishing him a quick recovery:

Really saddened to see the pic of #VinodKhanna wish him a speedy recovery !

Is that Vinod Khanna cancer picture for real? The only actor my mom's ever been fond of. And I broke this horrible news to her today.

Vinod Khanna is being treated at the HN Reliance Foundation and Research Centre in Girgaon.
The actor-politician is the MP from Gurdaspur, Punjab - a seat he has been elected to on a BJP ticket in the general elections of 1999, 2004 and 2014. He has also served as Tourism Minister and Minister of State for External Affairs.
Vinod Khanna is the star of films such as Amar Akbar Anthony, Hera Pheri, Muqaddar Ka Sikander, Qurbani and Parvarish. He won the Filmfare Best Supporting Actor award for Haath Ki Safai. Mr Khanna's last film appearance was in 2015's Dilwale, starring Shah Rukh Khan and Kajol.
Mr Khanna has been married twice and has four children. His two eldest sons - Rahul and Akshaye - are actors.