Viral: Disha Patani's Old Photoshoot When She Was Reportedly Only 17 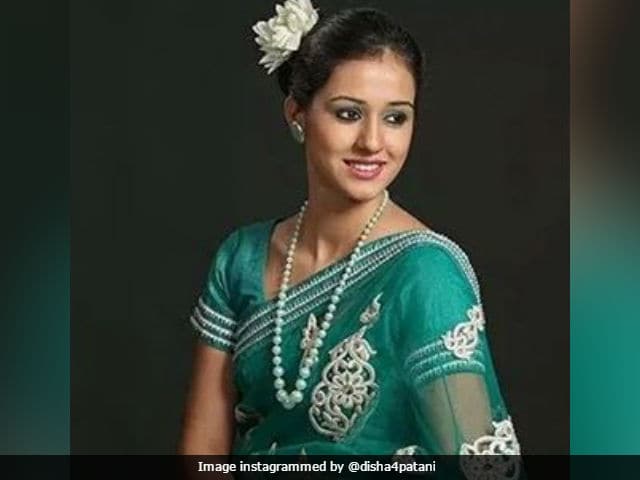 An old photoshoot of actress Disha Patani surfaced on social media and placed the actress on the trends list on Friday. Disha Patani, who is best known for her role in MS Dhoni: The untold Story and Kung Fu Yoga, had posed for this photoshoot when she was reportedly 17-years-old. Fan clubs shared these pictures claiming it to be one of Disha's first photoshoots ever. Disha is almost unrecognizable in these pictures as her relatively new photoshoots showcase a very different side of the stress. In the old pictures, Disha Patani, 24, is dressed in saris accessorised with beaded necklaces and earrings.
Here's a look at Disha Patani's old photoshoot:

Take a look at a few of Disha Patani's recent pictures for comparison:

Disha Patani made her big screen debut in 2015 Telugu film Loafer opposite Varun Tej. Next year she made her Bollywood debut opposite Sushant Singh Rajput in M.S. Dhoni: The Untold Story. She played the role of Dhoni's first girlfriend Priyanka Jha, who died in a road accident. Her next project was Kung Fu Yoga, co-starring Jackie Chan, Sonu Sood and Amyra Dastur.
Disha Patani also featured in Befikra, a song recorded by Meet Bros and Aditi Singh Sharma and produced by T-Series. She co-starred in the video of the song with her rumoured boyfriend Tiger Shroff.
Disha Patani's casting in Tiger Shroff's Student Of The year 2 remains uncertain. She has reportedly replaced by Sara Ali Khan, daughter of actors Saif Ali Khan and Amrita Singh. Disha neither confirmed nor denied the reports and told news agency IANS: "I am also reading this news. It is weird to read the news that says sometimes Sara sometimes me. I don't know what's going on."
Disha Patani is yet to announce her next project.