Jhanvi Kapoor, who will soon make her Bollywood debut, is the Internet's latest obsession after her dance video went viral 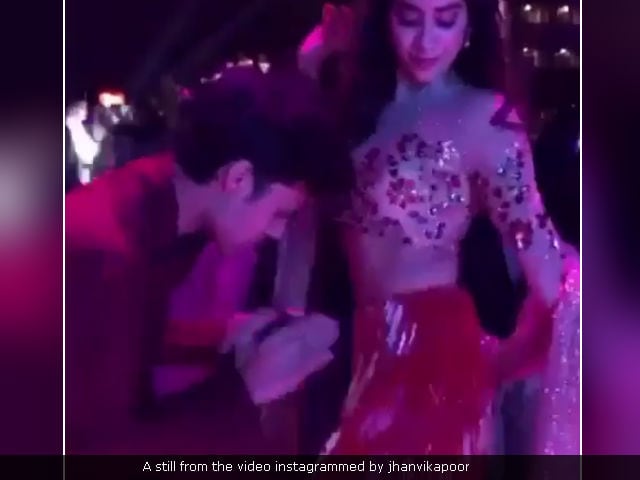 Actress Sridevi's elder daughter Jhanvi Kapoor, 19, is trending once again after she attended a party with rumoured boyfriend Akshat Ranjan over the weekend. The Internet is now a bit obsessed with a boomerang video, obviously viral now, in which Jhanvi dances with Akshat. Jhanvi, who is dressed in a red and gold outfit from Manish Malhotra's shelves (as usual), looks absolutely gorgeous. The video was shared by an unverified fan club of Jhanvi Kapoor which also shared many more pictures of Jhanvi and Akshat and one in which they pose with Jhanvi's parents, Sridevi and Boney Kapoor. The Internet cannot keep calm after watching Jhanvi's and Akshat's dance moves.
Take a look at Jhanvi Kapoor's dance video which is now viral

Here are some more pictures from the event where the Kapoors and Ranjans were both guests.

Jhanvi Kapoor, an aspiring actress like her mother, has also become a fashion star of sorts with younger sister Khushi, 16. They match their stylish mother at posh parties and airport outings and, so far, have never been found wanting on the fashion scale. 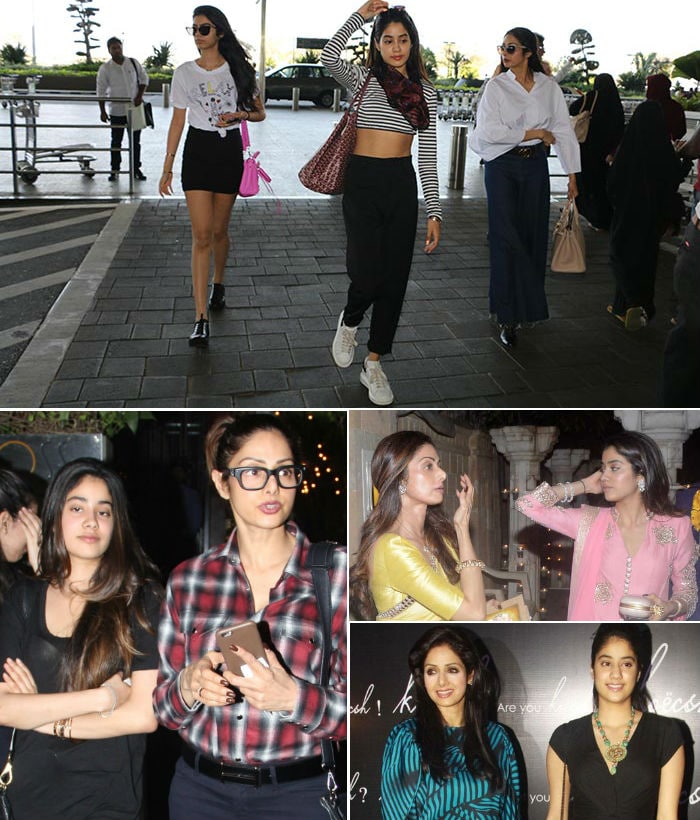 Jhanvi Kapoor is a fashion star of sorts

Jhanvi is all set to make her Bollywood debut under Karan Johar's Dharma Productions. Father Boney Kapoor confirmed that KJo is handling Jhanvi's debut but he didn't seem to know which film the Student Of The Year director has chosen as her launchpad. If rumours are to believed then KJo's will launch Jhanvi Kapoor in the Hindi remake of Marathi superhit film Sairat. Karan Johar is also handling the Bollywood debut of Saif Ali Khan's daughter, Sara Ali Khan. She will reportedly join the cast of Student Of The Year 2, which stars Tiger Shroff in the lead role.