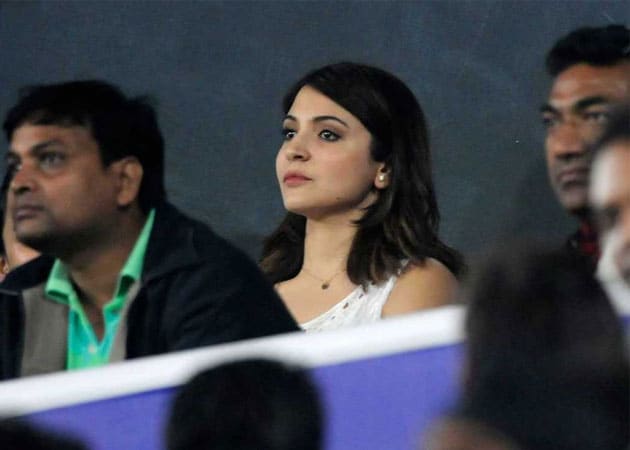 Indian captain Virat Kohli had someone special in the stands when he hit his half-century in the match against Sri Lanka at Rajiv Gandhi stadium here on Sunday night - Bollywood actress Anushka Sharma. Pics


Anushka was seen cheering Virat Kohli when he scored a run off De Silva to complete his 50 and also became the quickest batsman to score 6,000 runs in ODIs.

The captain took off his helmet, kissed it and also blew a kiss off to Anushka, who responded with a standing ovation.

Anushka was seen during India's tour of England and Kohli's poor performance during the series was blamed on her presence.