Virat Kohli Hearts Anushka Sharma: A Timeline Of Their Romance

Anushka Sharma and Virat Kohli have dated on and off since 2013. The Internet has been hopefully match-making for a while 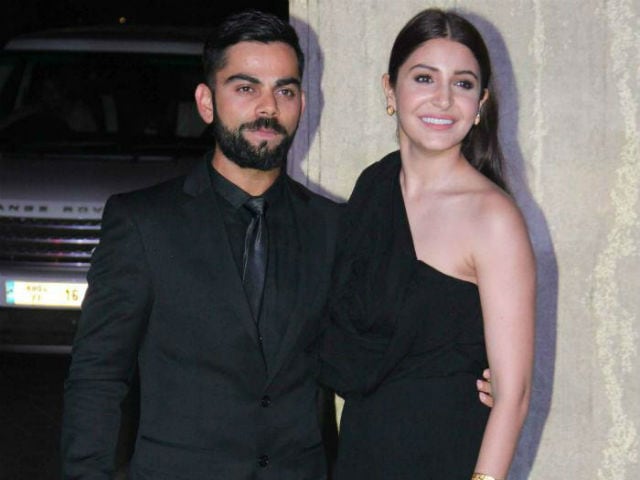 On Wednesday, cricketer Virat Kohli made full disclosure on social media. He posted a Valentine's Day message for actress Anushka Sharma, some hours late but very warmly received nonetheless - warmly received by the Internet, that is. Virat's post has since received 927,781 likes and counting. It's not the first time the couple have acknowledged the romance nor is it the first time they are doing so on social media. But a glance at Virat's post, below, will make it clear why the Internet is so delighted and has furiously resumed speculating about wedding dates. Virat Kohli, 28, and Anushka Sharma, 28, have been dating since 2013 with a brief interruption last year. Virat's adorable post-Valentine's Day picture is addressed to Anushka and reads: "Every day is a Valentine Day if you want it to be. You make every day seem like one for me." Aww.
Double aww.

Traveling back, the very first time Virat confirmed his relationship with Anushka was way back in 2014, when he told the press that they were not "hiding anything," reported PTI. "It is out in the open. We are not hiding anything; we are not trying to hide anything. I don't want to hide anything," Virat had said. The two made their first public appearance together in November 2014 when they were spotted cheering at an Indian Super League football game in Pune. Anushka also flew down to Ahmedabad to be by Virat's side on his birthday - he was in the middle of India's ODI series with Sri Lanka. Earlier that year, Virat was reported to have spent Anushka's birthday with her in Udaipur, where she was shooting for NH10.
Soon, Virat and Anushka made headlines for their epic 'flying' kiss. In 2014, Virat became the quickest batsman to score 6,000 runs in ODIs after he played a match against Sri Lanka. He kissed his bat and then blew a kiss at to Anushka, who was sitting in the stands. Anushka responded with a standing ovation.

After NH10 was released, Virat praised Anushka in this tweet:


Just watched #NH10 and i am blown away. What a brilliant film and specially an outstanding performance by my love @AnushkaSharma. SO PROUD:)

But the high profile romance invited ugly undertones. Anushka was repeatedly blamed and trolled each time Virat underperformed on the pitch. In a 2015 media interaction, Virat made it clear: "The stuff that happened after the World Cup semi-final, the way people reacted towards my personal life and Anushka in particular, was really disrespectful. I want to put this out in public because at the human level I was really hurt and wanted to express that for quite a long time."
In July 2015, a lovelorn Anushka told NDTV: "He's my very, very good looking arm candy." Virat and Anushka's romance sailed a smooth course through the year but in early 2016, fans noticed that the cricketer had unfollowed Anushka on social media. Rumours of a split appeared to be confirmed when Virat Kohli posted, deleted and reposted a picture he had originally captioned 'Heartbroken.'


Feels like I committed a crime deleting this picture. Haha sorry guys. Here it is again.

In March 2016, right after India reached the semi-finals of the World T20 championship, Anushka was trolled again about Virat's pitch result. He jumped publicly to her defence. In a tweet with a picture of the word 'SHAME,' Virat said: "She has always only given me positivity." Virat's tweet recorded the highest number of re-tweets in 2016.


Shame on people for trolling @AnushkaSharma non-stop. Have some compassion. She has always only given me positivity pic.twitter.com/OBIMA2EZKu

The tweet prompted talk of a reunion. Within months, the two were spotted making appearances together. Apart from catching up on dinner dates, Virat saw Anushka off when she left for her Budapest schedule of Sultan. Ahead of the film's release, Anushka also treated Virat to a special preview of the wrestling drama, co-starring Salman Khan. Virat, who was busy training for an upcoming tournament in Bangalore, was in Mumbai for a few hours just for the Sultan screening. Virat also accompanied Anushka to Chandigarh for a brief while, where her new film Phillauri was being shot.
In December last year, Virat and Anushka dismissed rumours that they weree getting engaged, calling the reports "false and confusing." Virat posted tweets, which said: "We aren't getting engaged and if we were going to, we wouldn't hide it. Since news channels can't resist selling false rumours and keeping you confused, we are just ending the confusion." According to the rumours, Virat and Anushka were about to get engaged in Uttarakhand, where they were holidaying on New Year.

Virat and Anushka celebrated Christmas together in Dehradun and were spotted arriving at the Dehradun airport. They were welcomed by Uttarakhand Chief Minister Harish Rawat in a tweet.

The stylish duo made a couple's entry at Manish Malhotra's birthday party later that month. Virat and Anushka were patient with the cameras and posed cheerfully together. 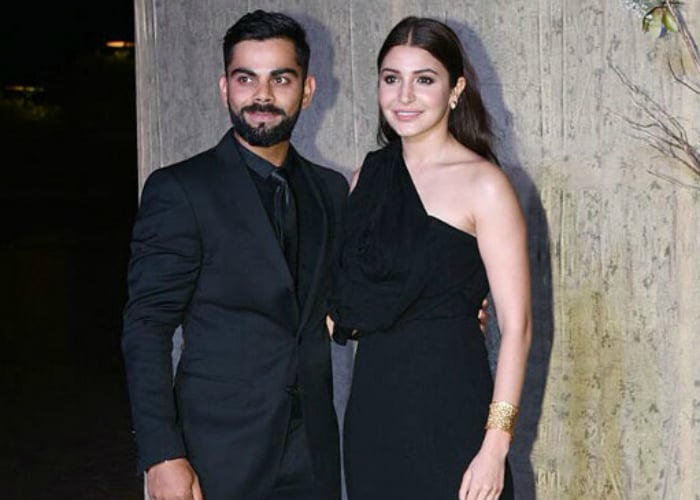 Anushka recently denied reports suggesting her cricketer boyfriend is producing Phillauri. In a strongly-worded tweet, she wrote: "By making such bogus claims and validating this rubbish by a so called 'source,' not only are you disrespecting me and the hard work I have put in over the years to be where I am, but also, all the people who have worked on this film."