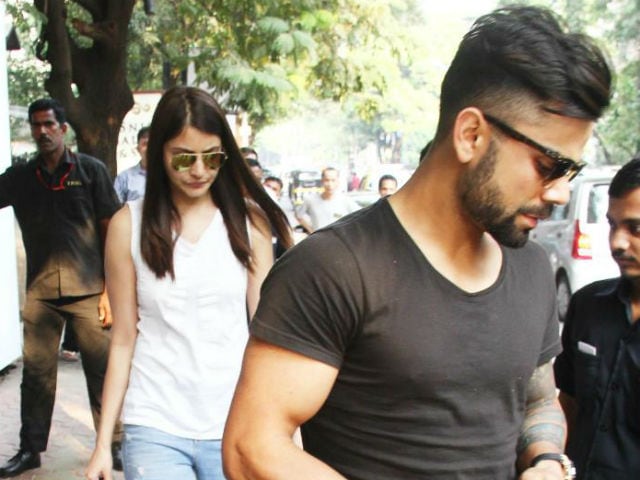 Anushka Sharma and Virat Kohli have reportedly been dating since 2013, when they met while filming a commercial. Anushka later told the press, "We are two normal young people in a relationship." However, Virat and Anushka have reportedly split. Though, no public acknowledgment of the split has been forthcoming

Dear 2016, why so cruel? Actress Anushka Sharma and cricketer Virat Kohli are rumoured to be the latest romantic casualties of the year. No public acknowledgment of the split has been forthcoming but read between the lines on social media and thereby hangs a tale, on Virat's Instagram. Just a post or two away from the latest, rather innocuous, one about coffee, you'll find a picture of him looking somewhat shell-shocked.
As the caption indicates, this is a repost of a photo that Virat, 27, deleted some days ago. The first time round, it was captioned 'Heartbroken.'

Virat has also unfollowed Anushka on both Instagram and Twitter, a fact that did not escape notice by fan clubs and the tabloid press. Anushka is still following him, also noted by everyone interested. Mumbai Mirror reports that Virat was living the bachelor life at actor Angad Bedi's party last Saturday, telling fellow guests, "I'm single, let's dance." The report also claims that the cricketer described Anushka as 'controlling.' (Also Read: Are Virat Kohli and Anushka Sharma on The Brink of a Break-Up?)
Anushka, meanwhile, has reserved comment on both social media and in the press. A cursory glance at her Twitter feed will reveal nothing more telling than a retweet of actor Salman Khan's look from new film Sultan, in which she plays the female lead.
Rumour blames the alleged split on the busy schedules that both Anushka, 27, and Virat are committed to - Anushka, for instance, is shooting not just Salman's Sultan but also Ae Dil Hai Mushkil with Ranbir Kapoor and Aishwarya Rai Bachchan. Despite reports last year that they had rented a flat in the Mumbai neighbourhood of Versova, it appears that the pressures of stardom has claimed another romance.
Anushka Sharma and Virat Kohli have reportedly been dating since 2013, when they met while filming a commercial. Anushka later told the press, "We are two normal young people in a relationship."
The supposedly ex-couple have never been shy in public. In November 2014, Virat thrilled fans by blowing Anushka, who was in the stands, a kiss after hitting a half-century against Sri Lanka in Hyderabad. (Also Read: Virat is my Arm Candy: Anushka Sharma to NDTV) 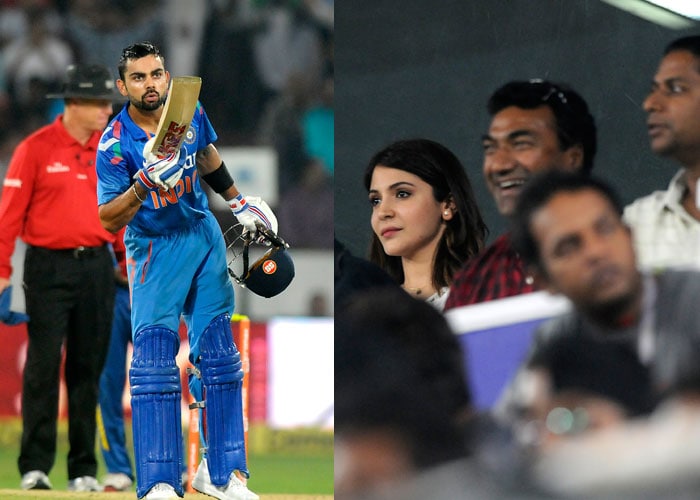 More instances of PDA were to follow. They were photographed strolling around Sydney and Auckland, out on a dinner date in Mumbai, catching a football match in Pune and landing in Mumbai hand-in-hand, two days after India exited the World Cup last year. Anushka has been a fixture at Virat's matches. For his part, Virat has visited her on the sets of Bombay Velvet in Sri Lanka and in Jodhpur, where Anushka was filming NH10.
Last October, Virat was photographed at a Mumbai eatery with Anushka's father. Was a wedding in the offing, asked the press. No, it appears the exact opposite was.