"Sachin and Lataji are virtually deities in their spheres. A tasteless joke is not going to affect their aura," said Vishal Dadlani 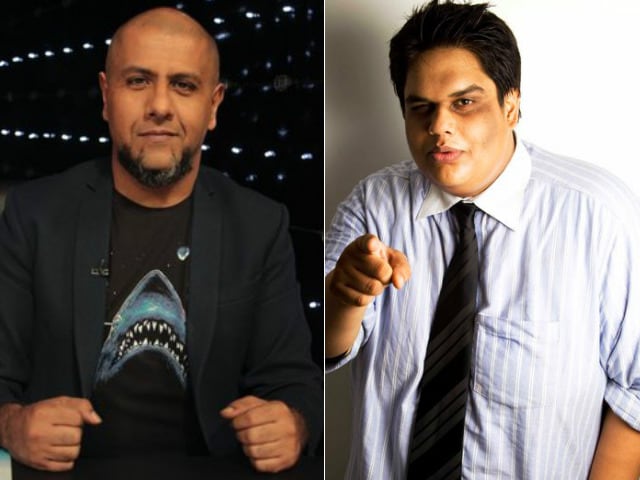 Bollywood composer Vishal Dadlani, who is known to speak his mind, feels too much is being made of the controversial video on Lata Mangeshkar and Sachin Tendulkar made by comedian Tanmay Bhat.
Vishal said: "Sachin and Lataji are virtually deities in their spheres. A tasteless joke is not going to affect their aura."
The feisty composer, currently ruling the charts with his compositions for Amitabh Bachchan and Vidya Balan's Te3n, feels that there are double standards at work. His comments are in reference to how the entertainment industry has reacted to Mr Bhat's video and the way they react to other similar attempts by comedians.
"Principles are only worth anything when we stand by them even when they're inconvenient. When Kiku Sharda was jailed for a joke, we stood against the absurdity of it all. Suddenly, we are no better than those who were baying for Kiku's blood," he said.
He also wonders if the censor board is right in assuming that audiences lack a uniform maturity.
"We have seen bizarre decisions coming from the censor board using the excuse that our audience isn't mature enough. Considering this reaction to an irrelevant Snapchat post, perhaps they were right," he said.